Freedom Mobile has increased the discount on Apple’s discontinued iPhone X, now offering up to $649 off the device, with a minimum $60 per month plan. An iPhone X costs $1249 outright.

Previously, an iPhone X on contract would require a customer to pay a $35 per month MyTab charge, but now that the MyTab charge has been dropped to $25 per month, saving you an extra $240 off the smartphone.

Freedom Mobile currently has their $60 plan with 10GB of data, with an extra 3GB data bonus taking it to 13 total gigabytes, plus 1GB of away data. Add this to your $25 MyTab charge and you’re paying $85 per month for an iPhone X, with 13GB of data. 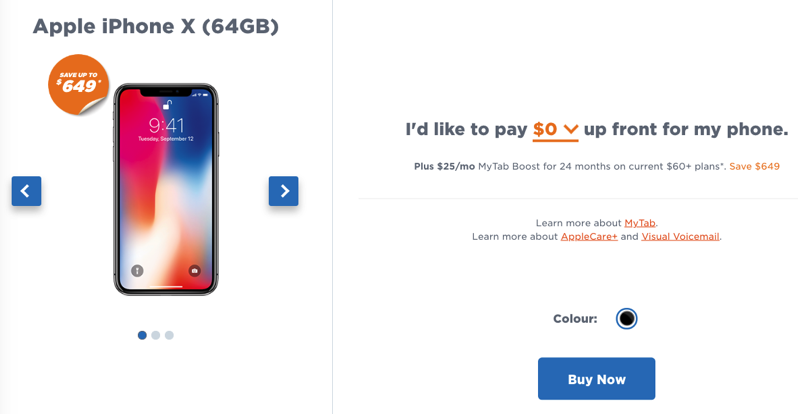 But it’s possible to get an even sweeter deal, if you are able to find a Freedom Mobile store to offer up a 35% off Friends and Family code. Once applied to your $60/13GB plan ($60 minimum is the requirement for the code), you’ll be paying $39 for 13GB, plus your $25 Tab charge for iPhone X.

Do note iPhone X stock is most likely dwindling as the phone is longer being made, so some stores no longer have inventory. The iPhone X is still a very capable smartphone compared to iPhone XS and iPhone XS Max.

Freedom Mobile currently offers Apple’s iPhone XS and iPhone XS Max for $0 upfront, but requires minimum MyTab charges of $40 per month on minimum monthly charges of $50 and $90 per month, respectively.

Let us know if you’re going to try to nab an iPhone X at Freedom Mobile. It may be worth it if you have good LTE coverage in your area.

OpenMedia is calling on Innovation, Science, and Industry (ISED) Minister François-Philippe Champagne to take immediate steps to halt the rapid decline of Internet competition in Canada, with the non-profit saying "Internet choice and affordability in Canada approaches breaking point." Even though the federal government announced a new telecommunications policy direction for the CRTC in May, competition...
Usman Qureshi
16 hours ago