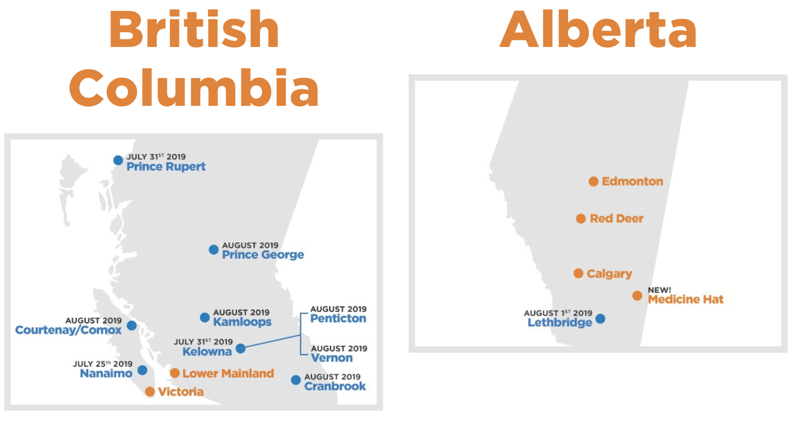 Shaw’s Freedom Mobile continues its summer expansion, announcing today it is testing its network in Kelowna, B.C., and in Lethbridge, Alberta.

The wireless carrier tweeted out this morning, “Our network is now being tested in Kelowna and Lethbridge. We’re getting closer to offering residents in these cities a new choice in wireless.”

A Freedom Mobile spokesperson told iPhone in Canada the Kelowna launch in B.C. will take place on July 31, while the Lethbridge launch will be on August 1. The company’s website was recently updated to reflect these dates.

Freedom Mobile recently launched in Medicine Hat (July 15), Alberta, while an upcoming launch in Nanaimo on Vancouver Island is set for July 25 and Prince Rupert on July 31.