“Hey, Kelowna! The affordable unlimited data plans you’ve been looking for are here!” announced the company on Twitter.

The launch comes with introductory promos, offering $15 off per month for six months on Big Gig Unlimited + Talk plans, with a starting plan at $45/10GB.

“For too long, the people of Kelowna have been starved for choice and affordability in their wireless providers — and that ends today with the arrival of Freedom Mobile. Simply put, they deserve better,” said Paul McAleese, President, Wireless, Shaw Communications, in a statement.

Below is a map of Freedom Mobile’s expected network coverage for Kelowna: 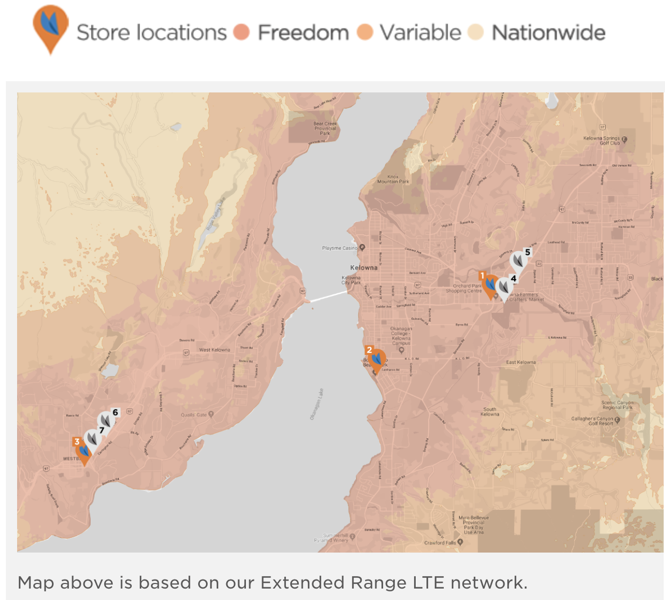 
There are currently two Freedom Mobile retail locations in Kelowna, at Orchard Park Mall and Mission Park Shopping Centre. A third retail store is coming soon to Westbank Shopping Centre, to go with reseller stores at Walmart and The Mobile Shop.