Freedom Mobile launched in Victoria back in February, offering LTE wireless coverage for new and existing customers. But now there appears to be expanded coverage for travellers on BC Ferries.

Rogers, Telus and Bell have long had cell sites offering coverage through the Gulf Islands, offering passengers on BC Ferries heading through the scenic route towards the Straight of Georgia LTE coverage. For Freedom Mobile customers, they’ve been stuck at 3G during this passage, but apparently, that has changed. 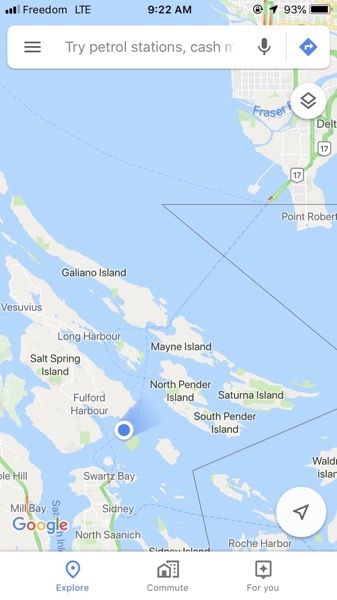 As of last week, Freedom Mobile has now enabled its own LTE coverage through the Gulf Islands, according to Reddit user ‘West_coastn’, who says Band 66 is now active.

“From Moresby island to Mayne island! I can’t believe it but it’s happening!! Not sure why band 13 isn’t live yet. Hopefully soon. Speeds are good too 70+mbps,” says the user.

These changes to LTE coverage appear to be independent of what’s happening in Victoria, as Swartz Bay terminal coverage still only provides 3G signals until you get to Moresby Island. Once reaching Active Pass 3G is back again, though once hitting the Strait of Georgia, nationwide LTE speeds return (updated).

Let us know if you’re seeing LTE speeds on Freedom Mobile through the Gulf Islands.

Shaw’s Freedom Mobile recently launched their back to school 2022 promo plans, available for those looking to purchase a phone or bring your own phone customers. Two plans are available: $35/10GB $40/20GB Other offers include the following: Add a line for $30/10GB $19/1GB prepaid plan $99/year for prepaid unlimited talk and text Normally, the 20GB...
Gary Ng
4 hours ago