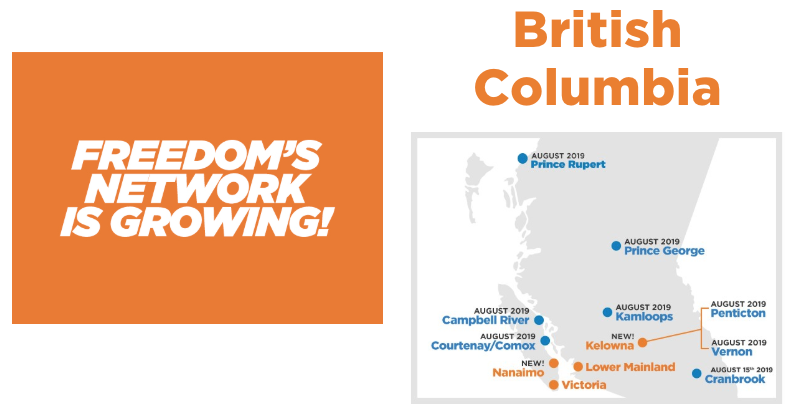 Freedom Mobile is set to launch in Cranbrook on August 15, 2019, while Penticton, Vernon, Kamloops, Prince George, Prince Rupert, Campbell River and Courtenay/Comox are pegged for an “August 2019” debut, according to the carrier’s website.

Our network is now being tested in Cranbrook, Penticton and Vernon. We’re getting closer to offering residents in these cities a new choice in wireless. #YouDeserveFreedom

The wireless carrier’s website offers an email sign up for upcoming launch cities, which offers exclusive discounts on monthly plans.