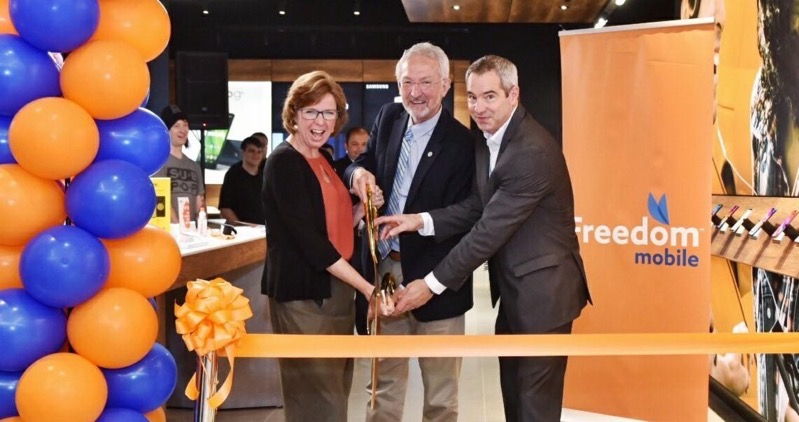 “The people of Nanaimo deserve better — and that means using Freedom Mobile to keep more money in their pockets. We look forward to providing Nanaimo residents with a real alternative to the Big Three wireless carriers by delivering excellent service and Canada’s most affordable unlimited data plans,” said Paul McAleese, President, Wireless, Shaw Communications, in a press release.

“By making affordable and abundant data plans available, Freedom Mobile continues to make an undeniable impact on the marketplace in bringing down wireless prices for Canadians. Nanaimo residents will benefit greatly from the increased competition we are bringing to their community,” added McAleese.

Freedom Mobile is offering the following special offer for residents in Nanaimo:

Wireless speeds are throttled once data caps are exceeded, to 256 Kbps download and 128 Kbps upload. Big 3 wireless carriers are currently offering throttled data of 512 Kbps after data caps of their own ‘unlimited’ plans are exceeded.