Shaw’s Freedom Mobile is set to launch next month in Victoria, BC, and some wireless users are already seeing a network signal, as we told you yesterday. 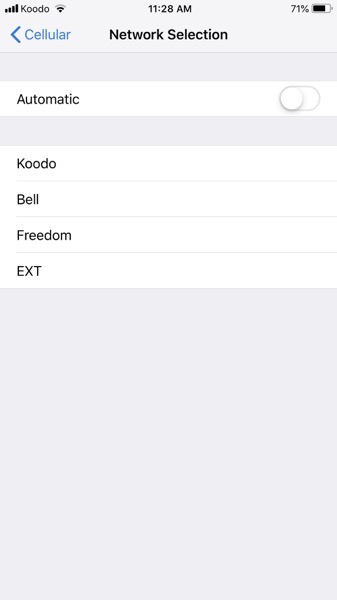 Now, it appears a similar situation has raised in Red Deer, Alberta, which will similarly see a Freedom Mobile LTE network launch in February.

Under ‘Network Selection’ settings, one iPhone in Canada reader notes a Freedom Mobile wireless signal now appears in the list:

In Victoria, some visitors from Vancouver have already been able to connect to the network during the holidays. The same network testing could very well be underway in Red Deer, given the same launch timelines for both cities.

Beyond Victoria and Red Deer’s LTE network launch next month, here is what’s coming next from Freedom Mobile:

Other cities noted as “Coming Soon”:

Are you seeing a Freedom Mobile wireless signal in Red Deer? Freedom Mobile says ‘exclusive’ launch offers will be available for customers who sign up to the company’s email mailing list.

Rogers, Shaw and Quebecor announced on Friday they have signed a deal for the sale of Freedom Mobile to the latter, making their initial $2.85 billion agreement from mid-June now official. The deal is subject to regulatory approvals and the closing of the Rogers-Shaw merger. According to all three telcos, the deal "provides the...
Gary Ng
21 hours ago