All ‘Big Gig’ plans have $0.05/minute calling within Canada and the U.S., but there’s bonus data for a limited time. SMS and MMS are unlimited within Canada, U.S. and to International numbers. All the usual extras like Voicemail+, Call Control, etc are included.

‘Everywhere Canada’ plans all include unlimited Canada-wide calling and unlimited calls to the U.S. within Home zones, while 2400 minutes are included in Away zones. Global SMS/MMS is included, as well as the usual extras like Voicemail+, Call Control, etc.

Meanwhile, ‘Home’ plans include limited talk and data allotments, starting at $25 per month. They have the usual extras like Voicemail+, Call Control, etc. The starter $25 plan does not have an option for data or U.S. long distance and talk and text.

Earlier this afternoon, Freedom Mobile confirmed they will be selling the iPhone, with a launch set for a future date.

What do you think about these new plans coming this week? 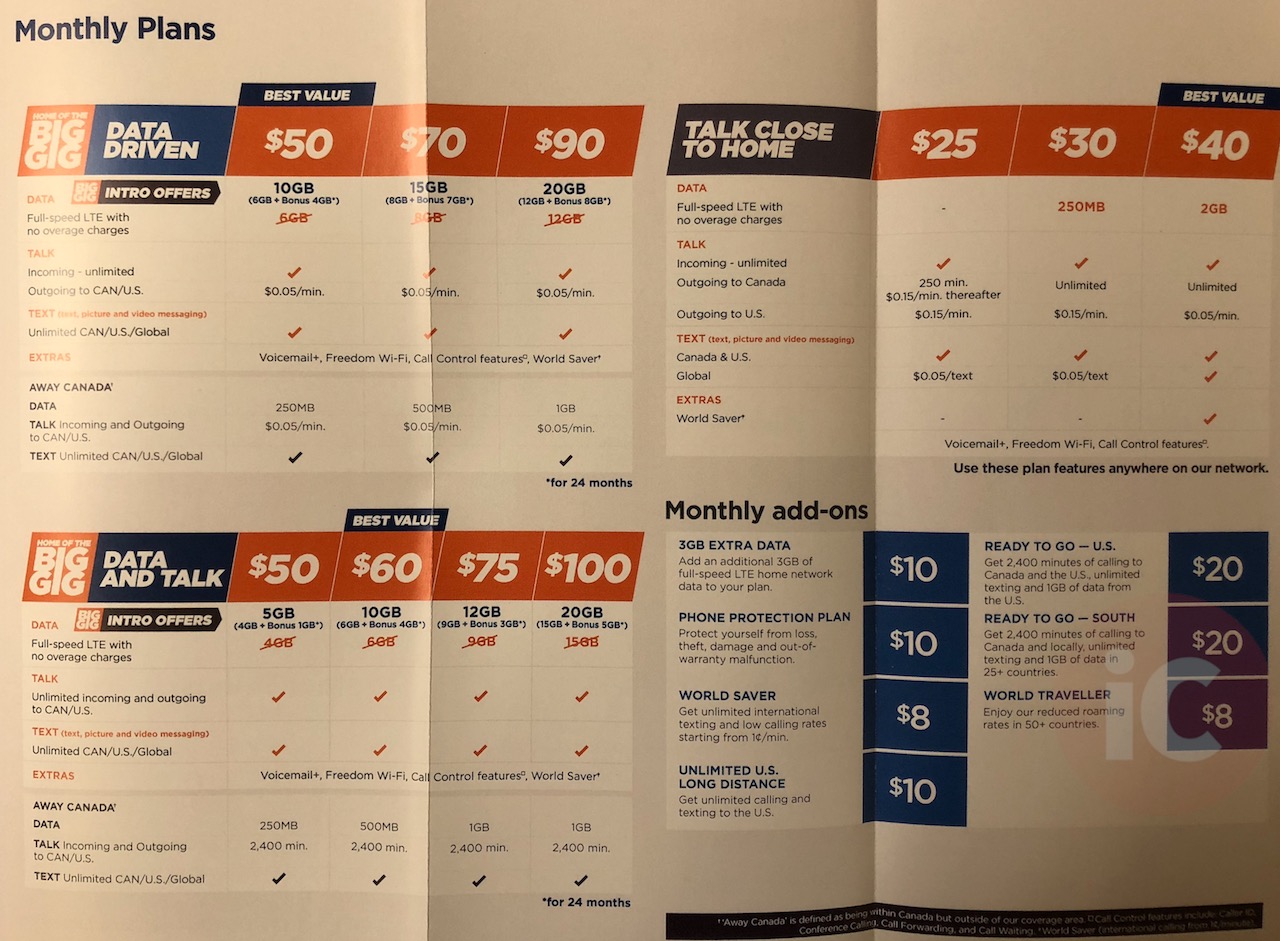