Freedom Mobile has launched new bring your own device plan promos, in the form of a $40 plan with 13GB data and a $45 plan with 14GB data.

Both plans include unlimited nationwide talk and text and include 500MB of data when you’re roaming outside a Freedom Mobile zone.

It’s worth noting these promo prices are only good for 12 months–after that they’ll increase by $10 per month. 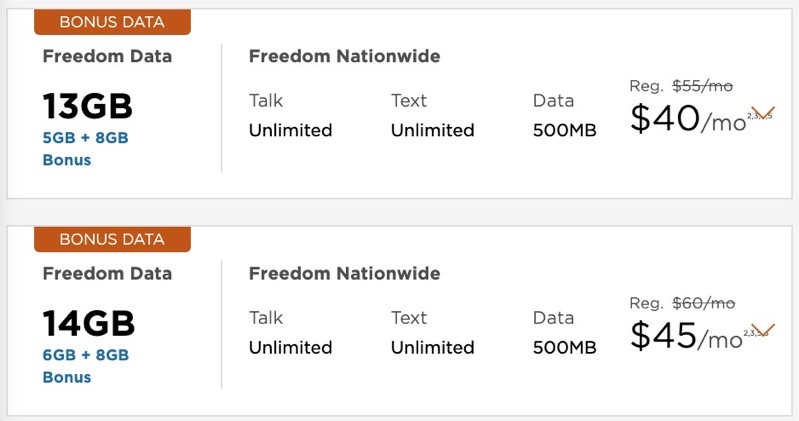 Comparable plans from flanker brands of the Big 3, are more expensive. For example, the plans above would cost $55 and $60 respectively, a difference of $15 per month.

The big news from earlier this week was Rogers announcing a deal to purchase Shaw, the parent company of Freedom Mobile, in a $26 billion deal, that is yet to be approved by Canadian regulators.

Rogers says it expects the deal to close in the first half of 2022. The company also said it would not raise prices at Freedom Mobile for at least three years. Critics of the deal note the elimination of a fourth wireless player would reduce competition and increase prices.