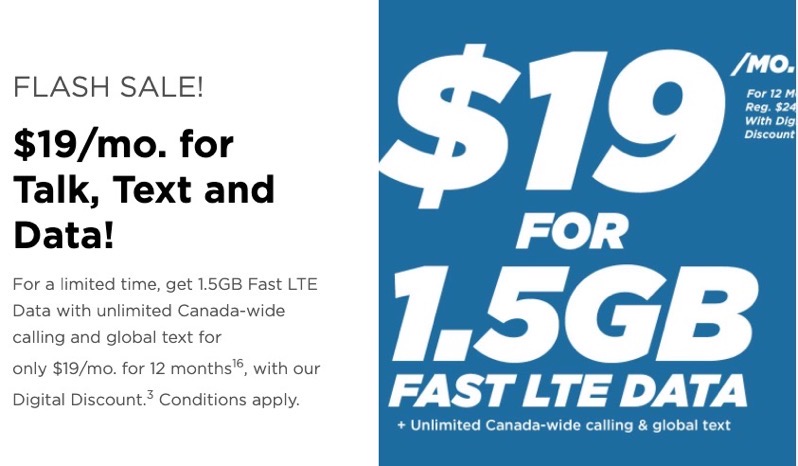 Freedom Mobile has launched a flash sale, offering a prepaid plan at $19 per month with 1.5GB of LTE data, for 12 months.

The plan includes unlimited nationwide talk and global text and the $19 price is after Digital Discount (setting up a pre-authorized credit card payment).

According to Freedom, the plan normally is priced at $29 per month but there’s a $10 discount.

A separate prepaid plan is available at $29 per month with 3GB of data and unlimited nationwide talk and text.

This plan, while with a paltry 1.5GB of data, would be geared at those who use their devices sparingly. Extra data is available at the cost of $15 for 1GB for 30 days.

“A one-time connection fee ($10 for Prepaid) will apply for each new line activation,” reads the Freedom Mobile website.