Freedom Mobile Promo: 25% Off Plans $40 and Up for Chinese New Year

Shaw’s Freedom Mobile has launched a holiday promo targeting Chinese New Year, offering 25% off all plans priced at $40 or higher. 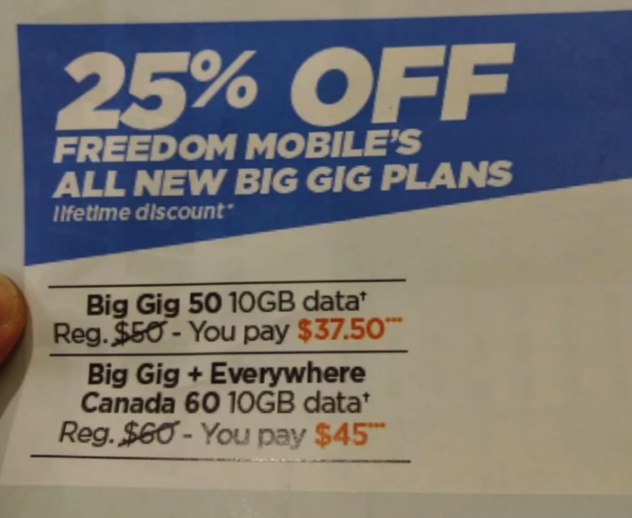 As spotted at Aberdeen Centre in Richmond, BC, by a RFD user, other forum members have confirmed this offer is available at any Freedom Mobile store, to get a 25% off code to apply online or over the phone.

This promo applies to plans such as Freedom’s Big Gig plans, while promotional materials note this is a “lifetime discount”.

Again, Freedom Mobile may be an option to consider if you’re a Public Mobile user affected by the recent 25% price hike to their popular $40/4GB plan.

Rogers, Shaw and Quebecor announced on Friday they have signed a deal for the sale of Freedom Mobile to the latter, making their initial $2.85 billion agreement from mid-June now official. The deal is subject to regulatory approvals and the closing of the Rogers-Shaw merger. According to all three telcos, the deal "provides the...
Gary Ng
20 hours ago