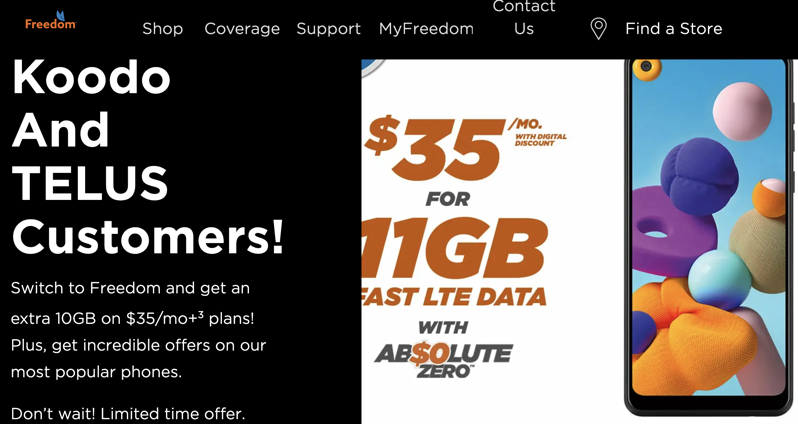 Shaw’s Freedom Mobile is back with another promo targeting Telus and Koodo customers, offering a $35/11GB plan if they switch over, on a two-year plan with a phone on Absolute Zero, which offers smartphones for $0 upfront.

“Switch to Freedom and get an extra 10GB on $35/mo+ plans! Plus, get incredible offers on our most popular phones,” explains the front page of the Freedom Mobile website. The $35/11GB plan looks to be available only with the Samsung A51 or A21 on Absolute Zero.

A variety of phones are available on Absolute Zero, where you get the device for $0 down on a two-year term, including Apple’s iPhone 11, on a $60/month plan—which has no monthly device payments.

If you’re in an area of good Freedom Mobile coverage and you’re with Telus or Koodo, this might be worth considering.