Freedom Mobile Promo: iPhone 11 with $70/20GB and More for U of T Students 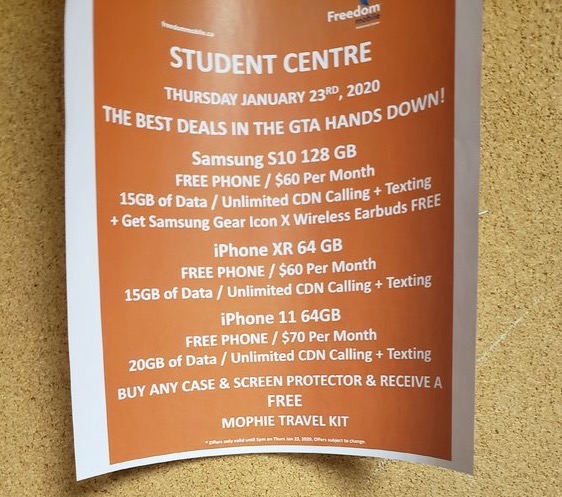 Freedom Mobile is advertising some deals at the University of Toronto Scarborough campus, offering various deals on smartphones from Samsung and Apple, available at the Student Centre.

Here’s what’s available on plans with unlimited nationwide calling and text, according to RFD:

“The best deals in the GTA hands down!” reads the flyer, which says if you buy a case and screen protector, you’ll get a free Mophie travel kit.