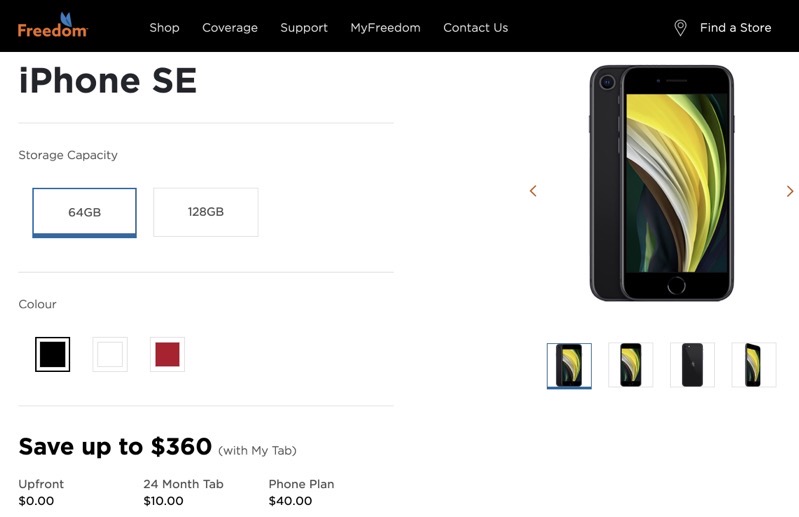 Shaw’s Freedom Mobile has discounted Apple’s 2020 iPhone SE, now available for $0 upfront and $10/month on a 24-month Tab, with a minimum phone plan of $40 per month on a postpaid account.

The 24-month Tab results in the iPhone SE coming in at $240, which offers up to $360 in savings, says Freedom Mobile.

Right now, a $40/month plan on Freedom Mobile comes with 15GB of data.

Apple.ca currently sells the iPhone SE for $599 CAD, with its 4.7-inch screen and powered by the A13 Bionic chip.

Freedom Mobile used to offer the iPhone 8 at this price, but it has been replaced with the iPhone SE, which has taken the latter’s design.

Again, if you’re in an area of good Freedom Mobile coverage, this might be a ‘cheap’ iPhone to consider for the kids.