Last month, Freedom Mobile confirmed it would be launching its LTE network in Victoria, British Columbia, in February 2019.

Ahead of next month’s launch, some Freedom Mobile customers are already reportedly seeing connections to the LTE network, which most likely is being tested before its debut.

According to iPhone in Canada reader Kris, on his iPhone under Network Selection settings, Freedom Mobile now shows up as an option in his list of carriers. He says a friend of his visiting from Vancouver—a Freedom Mobile customer—”was able to connect for most of the day in Langford.” 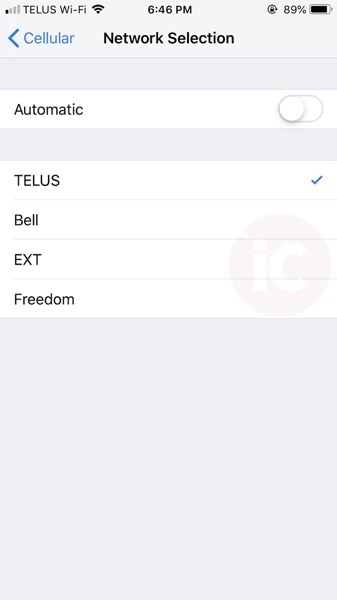 Quebecor CEO Pierre Karl Péladeau finds it "incomprehensible" that the Competition Bureau is opposed to the company's proposed acquisition of Freedom Mobile from Rogers and Shaw — reports The Globe and Mail. Back in May, the Bureau petitioned the federal competition tribunal to block Rogers's proposed $26 billion acquisition of Shaw. Canada's competition watchdog argued the...
Nehal Malik
5 days ago

Rogers on Thursday filed an official objection to the Competition Bureau's request to delay a tribunal hearing into the company's planned $26 billion CAD acquisition of Shaw Communications — reports Reuters. Back in May, the Competition Bureau petitioned the federal competition tribunal to block the Rogers-Shaw deal over concerns it would decrease competition in Canada's...
Nehal Malik
6 days ago