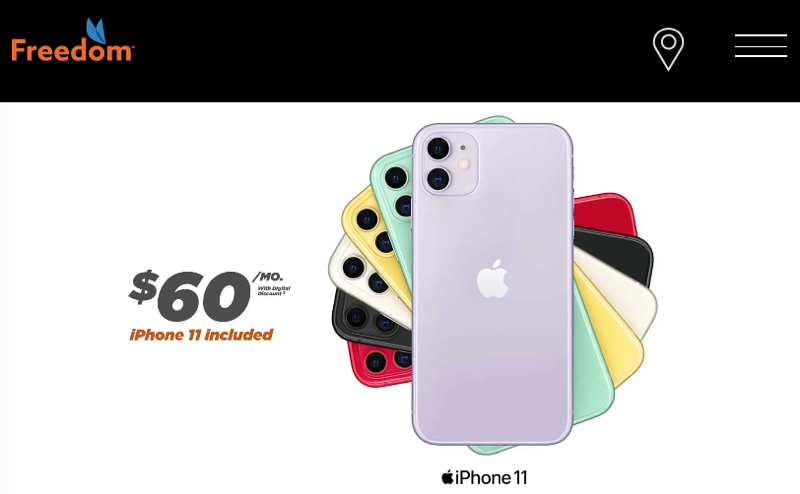 The Freedom Mobile homepage notes there is an “exclusive iPhone offer” for Telus and Koodo customers, offering a $0 iPhone 11 on Absolute Zero (meaning there’s a $0/month tab charge) with a $60/10GB plan, on a two-year term.

“Attention TELUS & Koodo Customers! Switch to Freedom and get iPhone 11 (64GB) and 10GB of Fast LTE data for Absolute Zero on a $60/mo. plan”, reads the website.

The iPhone 12 is imminent and should debut next month, so expect prices for iPhone 11 to drop afterwards even more.

Freedom Mobile says the offer is only available in Ontario only and ends September 30, 2020.

Earlier today, we told you about how Fido is offering a switcher promo for Freedom Mobile customers, in the form of a $34/11GB BYOD plan.

With the fall season now upon us and the holiday season around the corner, we might expect more wireless deals and offers heading our way.