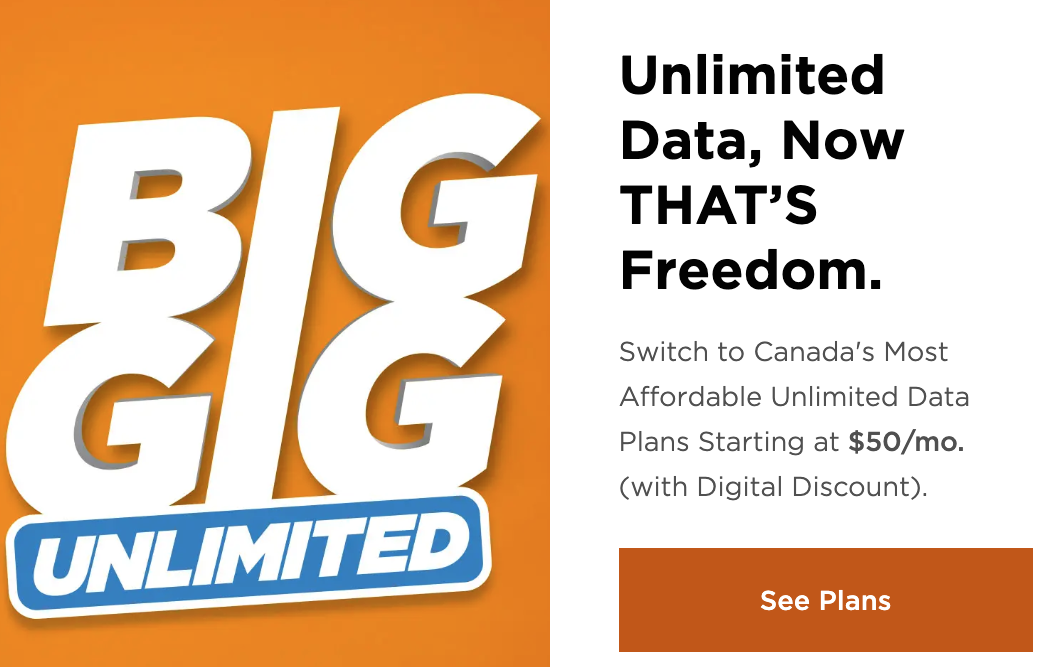 According to documentation seen by iPhone in Canada, the company explains this plan, geared for back-to-school, is their $75/15GB Big Gig Unlimited + Talk plan with 1GB bonus data for $5 more, making it $80/16GB.

But Freedom Mobile says their current 3GB Freedom Data $0 add-on (which applies for plans $75 or higher) also applies, which ends up making the plan $80/19GB (after Digital Discount).

The company says their website will be updated this morning to reflect the promo plan, which is available for new activations and existing customers doing a hardware upgrade only.

This $80/19GB promo plan is compatible with the company’s $120 BYOP credit offer and new $15 Friends and Family codes—but you can only choose one of the latter.