Will Shaw’s Freedom Mobile ever support the iPhone on its Band 66 LTE network? According to Scotiabank analyst Jeff Fan, he believes Apple’s new iPhones next week “will support” the carrier’s LTE network, as detailed in a research letter to clients, reports MobileSyrup.

Fan explains, “We believe new iPhones that are compatible with Freedom’s LTE network, combined with the deployment of 700MHz and 2,500MHz spectrum will dramatically expand the addressable market for Freedom from a device perspective.” 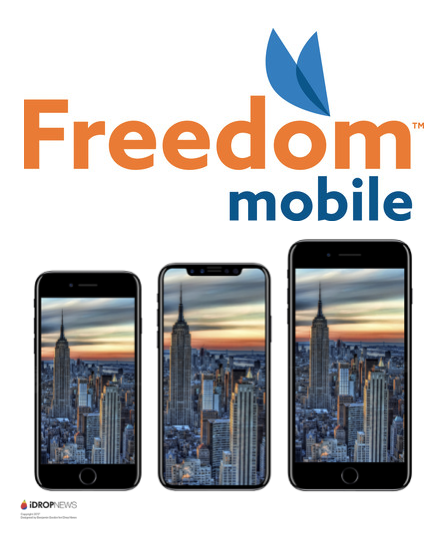 Earlier this year, Freedom Mobile accidentally sold a knockoff iPhone 5s to a customer and apologized for a rogue dealer’s “mistake”, and made up for it by purchasing a new iPhone 5s for the customer from Apple.

The analyst says it remains whether to be seen if Shaw and Freedom will have an agreement to sell the iPhone. He does believe a trio of iPhones with Band 66 LTE support would help boost Freedom Mobile’s marketshare, saying it “could expand Freedom’s addressable market by over 12 million,” out of Canada’s 30.7 million wireless subscribers.