My Shaw for iOS Updated for iPhone XS, iPhone XR and iOS 12

Some iPhone XS Max users were seeing the My Shaw app crash upon launch, a real inconvenience. This bug should most likely be addressed by now (the app hasn’t crashed on our XS Max yet). 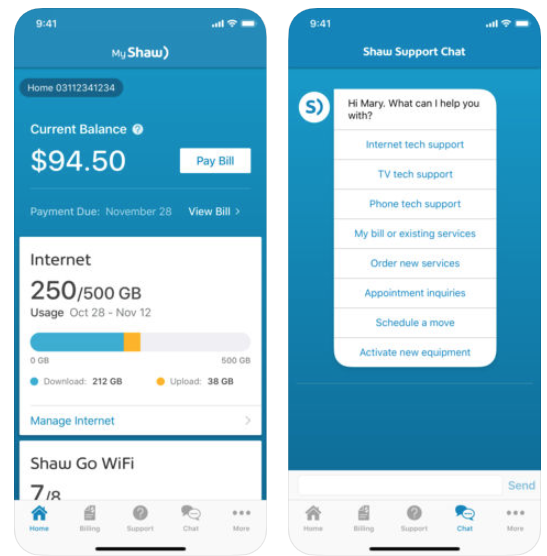 Last month, My Shaw was updated to add the ability to sign up for eBill in the app and receive it in your email. The company also introduced push notifications for customer service chat as well, along with other bug fixes and performance improvements.

Quebecor CEO Pierre Karl Péladeau finds it "incomprehensible" that the Competition Bureau is opposed to the company's proposed acquisition of Freedom Mobile from Rogers and Shaw — reports The Globe and Mail. Back in May, the Bureau petitioned the federal competition tribunal to block Rogers's proposed $26 billion acquisition of Shaw. Canada's competition watchdog argued the...
Nehal Malik
7 days ago

Rogers on Thursday filed an official objection to the Competition Bureau's request to delay a tribunal hearing into the company's planned $26 billion CAD acquisition of Shaw Communications — reports Reuters. Back in May, the Competition Bureau petitioned the federal competition tribunal to block the Rogers-Shaw deal over concerns it would decrease competition in Canada's...
Nehal Malik
7 days ago