It will be a rare sight to see Public Mobile’s popular $38/4GB LTE plan return (after AutoPay), as their prices have increased recently, along with a push towards 3G plans instead of LTE.

But Telus-owned Public Mobile is still battling for customers, as the company has launched some new promo plans, including a $45 plan with 4GB LTE data, unlimited province-wide talk and global text, on a 90 day play, after AutoPay, as seen below: 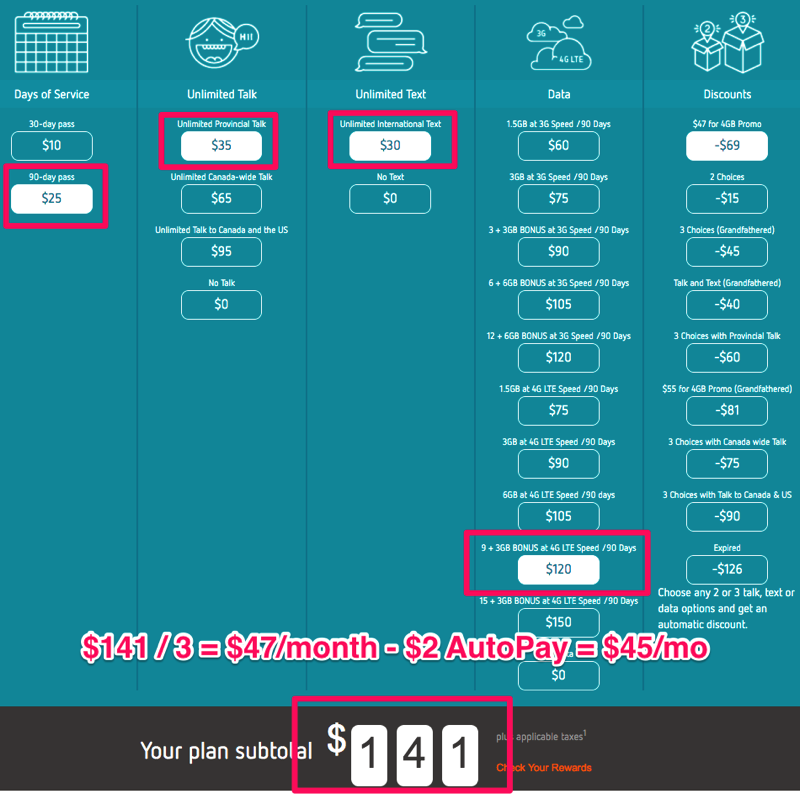 This is available via the company’s self-serve page, and the website’s Plans page should be updated shortly. The plan is based on a 9GB LTE data plan, plus a 3GB bonus over 90 days.

According to RFD, there are now lower 30-day plans available as well:

Expect an official announcement soon, but for now these options are available once you sign up.

Click here to follow our step-by-step tutorial on how to port your iPhone to Public Mobile. The company also now sells SIM cards at Walmart and WOW mobile stores.

Update: The plan is now live on Public Mobile’s website–and appears to be for Ontario only: 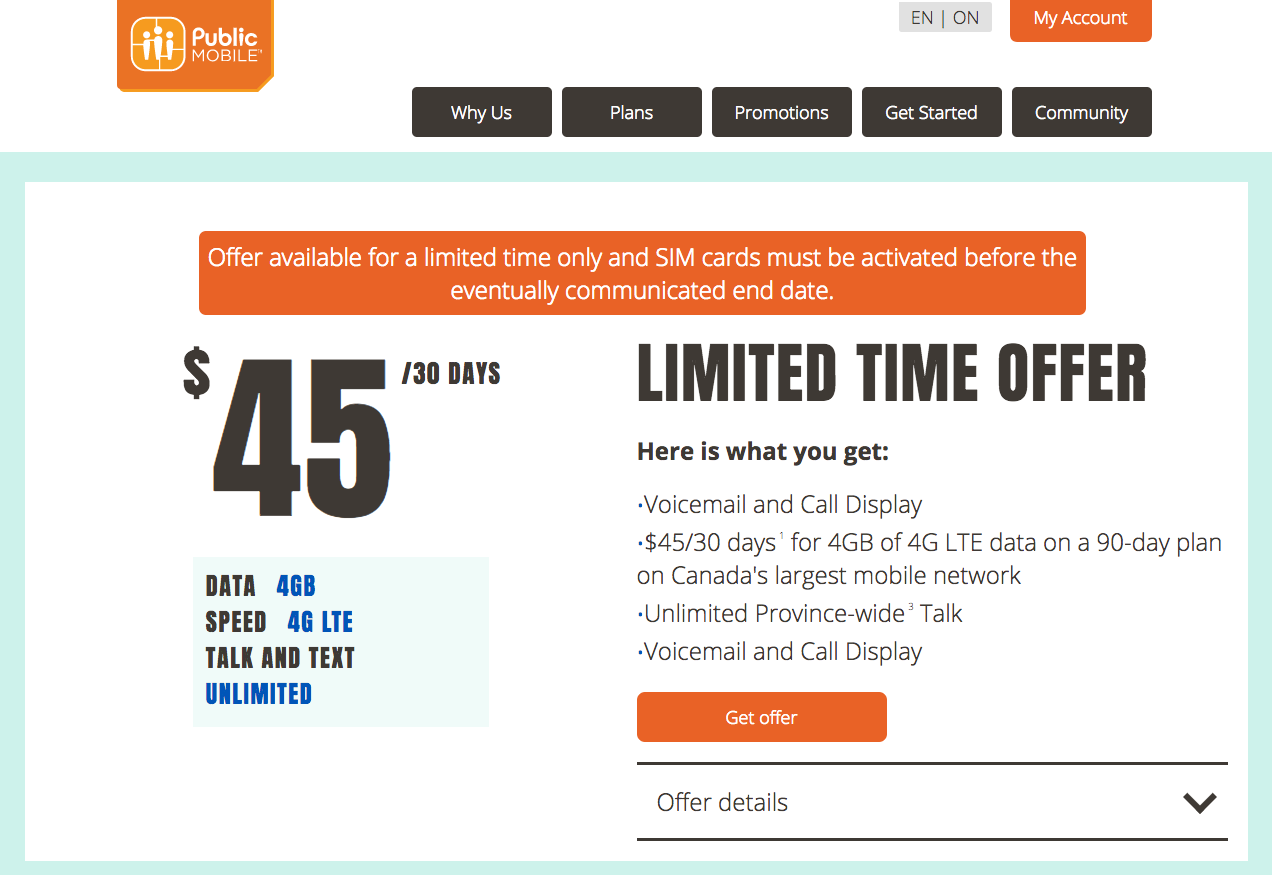 Rogers's President of Integration, Dean Prevost, accidentally revealed during a Competition Tribunal hearing against Canada's Competition Bureau on Thursday that he is set to receive a $2 million bonus if the company's proposed $26 billion acquisition of Shaw Communications goes through — reports the Hanna Herald. This figure had previously been confidential but slipped out...
Nehal Malik
7 hours ago

Shaw Communications CEO Bradley Shaw told the Competition Tribunal on Wednesday that it was "extremely difficult" for the Shaw family to give up the business and agree to Rogers's proposed $26 billion takeover of the company (via Financial Post). Canada's fourth-largest telecom operator has been a family affair since its inception. Bradley Shaw took over as...
Nehal Malik
10 hours ago

Canada's Competition Bureau on Tuesday refuted Shaw's claims of not having "a viable path forward" if its proposed $26 billion takeover by Rogers fails — reports BNN Bloomberg. While cross-examining Shaw CFO Trevor English in a hearing before the Competition Tribunal, the Bureau argued that the telco is in a pretty comfortable spot financially. The competition...
Nehal Malik
2 days ago