Shaw announced today Netflix has arrived for BlueSky TV customers, which allows them a “seamless way to binge-watch their favourite shows and movies.”

The new Netflix app on BlueSky TV will allow new customers to sign up for a subscription immediately with a credit card. 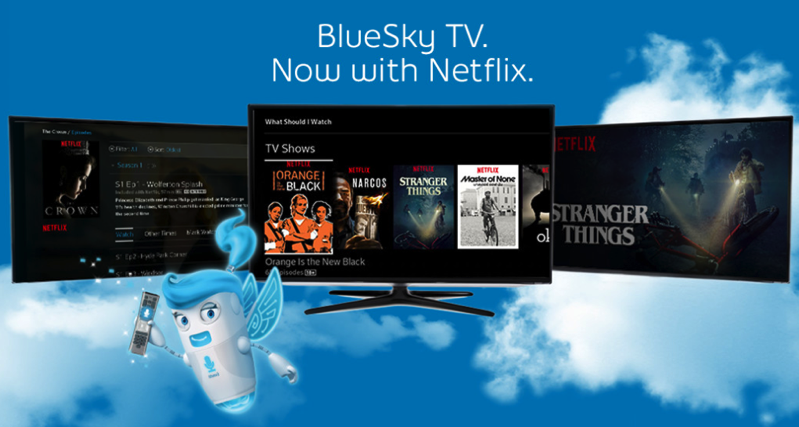 “Shaw BlueSky TV has already revolutionized the way Western Canadians watch TV by making it quick and easy to find the shows and movies they want,” said Chris Kucharski, President, Consumer and Business, Shaw Communications, in a press release. “Now finding and watching your favourite content on Netflix is as easy as watching TV – no need to change remotes or juggle cords. Shaw BlueSky TV is now better than ever.”

BlueSky TV is based on Comcast’s X1 platform, and its highlight is the voice-activated remote. Shaw launched the service in Calgary at the beginning of this year, followed by a launch in Vancouver a month later.

Shaw says BlueSky TV and WideOpen Internet 150 can be had for as low as $79.90 for the first 12 months of a two-year ValuePlan.