Shaw has launched a new sale offering its Internet 300 plan for new customers at the rate of $60 per month on a Value Plan, essentially a 24-month offer to retain promo pricing, plus $250 in bill credits. 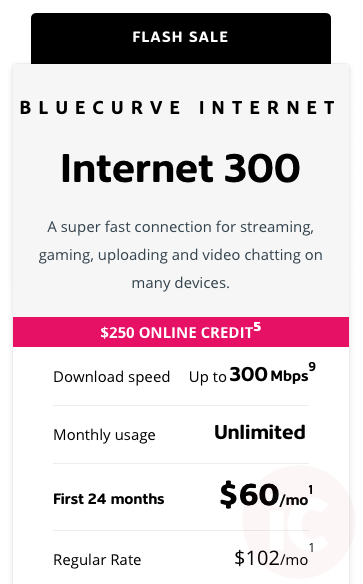 New customers can order this online by searching for “Shaw internet” on Google with an incognito browser tab, and you’ll see the flash sale advertised as a top paid search result.

Existing customers can call into Shaw’s ‘Loyalty’ department, mention these promo prices and see what they can do for you.

According to RFD, Telus customers calling in and asking if they can match Shaw’s have been successful, with one user able to get PureFibre 300 for $53 (or PureFibre 150 for $55) with $250 bill credit on a 24-month commitment.

Let us know if you end up jumping on this internet promotion from Shaw.