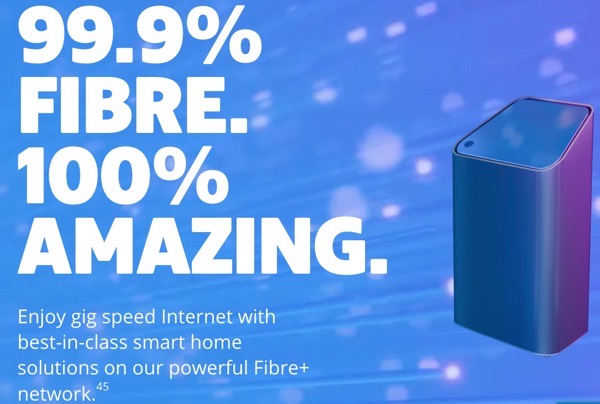 Shaw has announced the completed roll out of its gigabit download speeds in Alberta, as the company’s Fibre+ Gig plans are now available for all residential customers in the province.

According to Shaw, its fastest internet tier, Fibre+ Gig, “is the largest deployment of gigabit download speeds for residential internet customers in Western Canada.” The company recently achieved the full roll out by completing its last upgrade in rural Alberta.

“By investing in Alberta, we are ensuring people across the province continue to have excellent connectivity today and the bandwidth needed to future-proof their homes for tomorrow,” said Brad Shaw, Executive Chair and CEO, Shaw Communications, in a statement.

Shaw says it has invested over $11 billion into Alberta alone over the past seven years. The company said its “fastest download speeds are more broadly available than those of its Alberta competitors,” in what seemingly is a jab at rival Telus. Back in June, Telus sued Shaw over “misleading” Fibre+ internet advertisements.

While Fibre+ Gig is now available to all Shaw customers in Alberta, 99% of Shaw Business customers also have access to the same internet tier.

Fibre+ Gig plans cost $115/month on a two-year term with up to 1 Gbps download speeds but only 25 Mbps uploads.

Shaw recently launched Shaw Mobile in B.C. and Alberta, offering wireless services for its internet customers in the form of up to six free talk and text lines, plus an introductory $45/25GB unlimited data plan.

Update: Clarified article to note Fibre+ Gig was widely available to residential customers in Alberta prior to today’s announcement, which just expands the offering to all of Shaw’s internet footprint in the province.