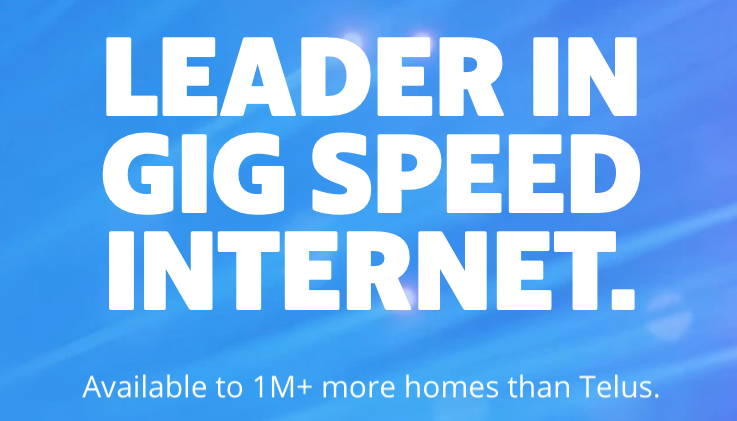 Shaw has announced Fibre+ Gig 1.5 internet is now available in B.C. and Alberta.

“With the launch of our Fibre+ Gig 1.5 product, we are delivering the speeds and capacity needed by today’s super users and data-heavy customers, while confirming Shaw’s position as the Western Canadian leader in gigabit speed deployment,” said Paul Deverell, President, Consumer, Shaw Communications, in a statement.

The new Fibre+ Gig 1.5 plan with unlimited data is available for $165 per month on a two-year ValuePlan.

Cities such as Vancouver, Victoria, Calgary, Edmonton, and Winnipeg now have access to this new internet plan. Smaller cities such as Dawson Creek, B.C., Banff, Alta, and Burnaby, B.C also have access as well, available through the company’s latest Gateway modem.

Shaw says for customers of Fibre+ Gig and Fibre+ Gig 1.5, they can get Shaw Mobile promo plans of $25/25GB.

The company emphasized it now “delivers gigabit internet to over a million more customers than its main competitor, TELUS, in B.C. and Alberta, making Shaw Western Canada’s leader in gig speed internet.” The shots fired at competitor Telus are also front and centre on Shaw’s website.

Back in June, Telus sued shaw over “misleading” Fibre+ internet advertisements, alleging the latter based on DOCSIS technology is not the same as its PureFibre internet, which actually uses fibre optic cable to connect directly to customer homes.