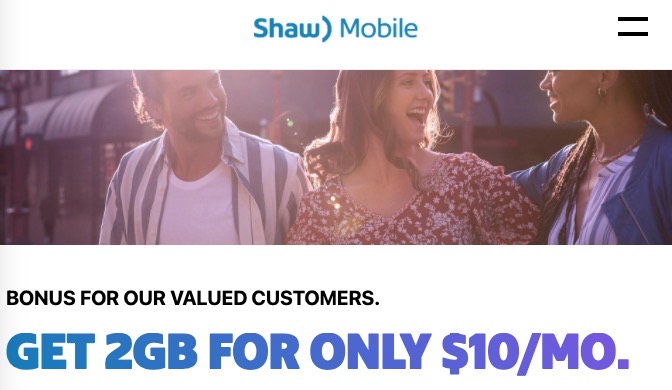 Shaw Mobile has been sending out a special offer for its “valued customers”, in the form of a $10/2GB nationwide data plan.

“As a special offer just for you, add 2GB of Shaw Nationwide data to your plan for only $10/month and never worry about being without data,” explains Shaw Mobile.

The 2GB data will renew monthly automatically, while data usage alerts will be sent at 70% and 100% thresholds. Once data is used up, Shaw says “you’ll be able to use data at reduced speeds at no additional cost.”

In order to get this plan, you must be on the Shaw Mobile By The Gig Plan and have received an SMS from the company detailing the offer. Those receiving this offer are told to text “YES” to the number 444-00 to get the offer.

Shaw offers its internet customers up to six free Shaw Mobile voice and text plans at no extra cost. Data is optional and this promo appears to be targeting existing customers to get even more data, which normally is billed at $10/1GB, so this offer doubles the regular data.