Southwestern Integrated Fibre Technology (SWIFT; not to be confused with Apple’s programming language) is a non-profit regional broadband project, created by the Western Ontario Wardens’ Caucus to subsidize the expansion of high-speed internet networks across Southwestern Ontario, Caledon and the Niagara Region.

On Wednesday, SWIFT announced it has completed its procurement phase and has awarded 95 contracts in Southwestern Ontario, which will see $268 million spent on broadband infrastructure to bring high-speed internet to 63,254 homes and businesses in the region.

“Today in collaboration with the Western Ontario Wardens’ Caucus, I’m happy to announce that the SWIFT program, which recently completed the procurement phase, continues to be a great success,” said Gary McNamara, SWIFT Board Chair, in a statement to iPhone in Canada. 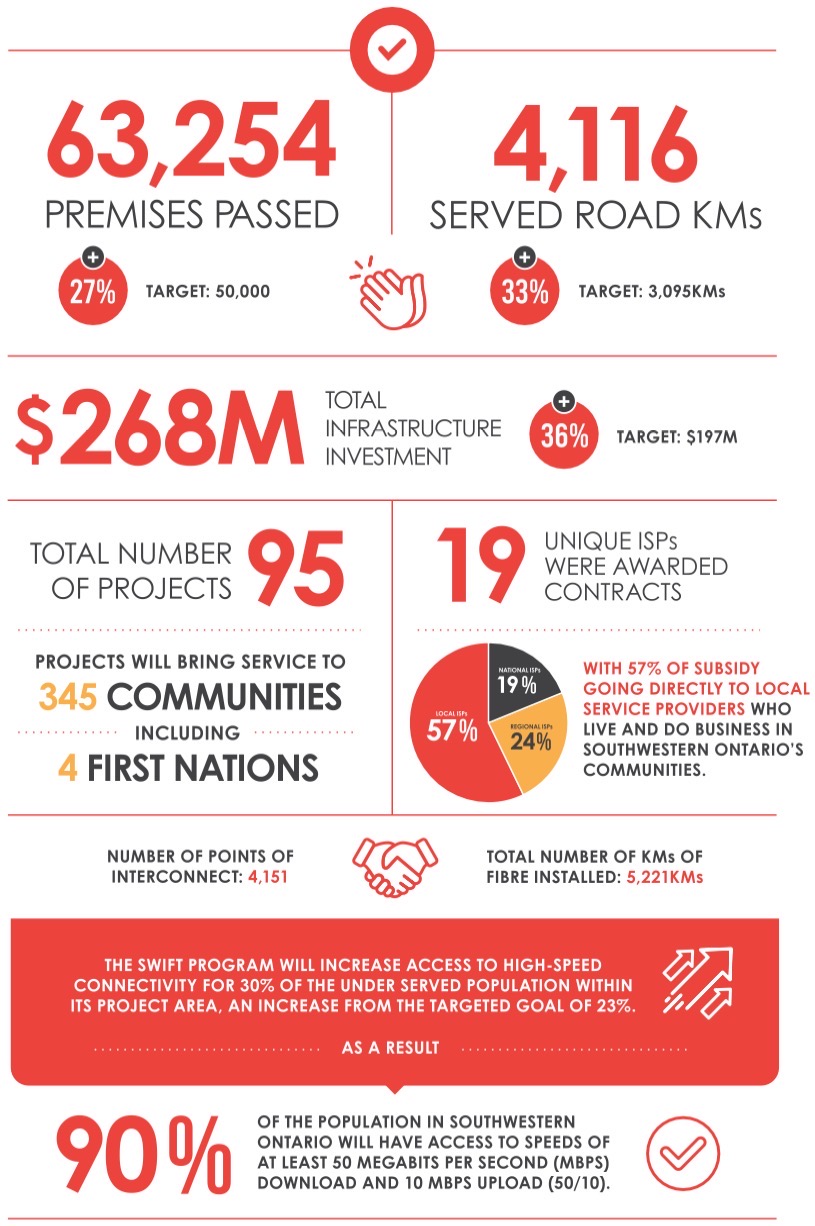 “As a result of the program’s highly successful business model and thanks to the support received by the governments of Ontario and Canada, more than 63,000 underserved homes and businesses across our region, approximately 157,500 residents, will now have access to essential high-speed internet service as a result of SWIFT’s regional broadband initiative.”

SWIFT says 90% of the population in Southwestern Ontario will have access to at least 50 Mbps download and 10 Mbps upload internet speeds, by 2023.

Rogers today announced its unaudited financial and operating results for the fourth quarter and full year ended December 31, 2022. Overall, Rogers reported a total of $4.16 billion in revenue for Q4 2022, up 6% year-over-year from Q4 2021. Quarterly service revenue was also up 6%, to $3.43 billion. For the entirety of 2022, Rogers posted...
Nehal Malik
20 mins ago

Here are the latest Canadian cellphone plan and device deals, plus other promos from wireless carriers such as Rogers, Telus and Bell, from our partner PlanHub. As always, the promos may change at the last minute, but here they are as of Wednesday, February 1, 2023. Check them out below… Bell Noticeable price changes: Samsung Galaxy S23 […]
IIC Deals
20 hours ago