Statistics Canada: 21% of All Canadian Households Used Cellphones Only in 2013

Statistics Canada has released their 2013 Residential Telephone Survey which has revealed 21 percent of all Canadian households now use cellphones as their only telephone service. Back in 2008, this number was only at 8 percent among all households.

Compare this to households composed of those 55 and older, where exclusive cellphone was at 6 percent in 2013—up slightly from 2 percent in 2008.

More than one in five households in Canada have cell phones as their only form of telephone service. In 2013, 21% of households reported using a cell phone exclusively, up from 13% in 2010. 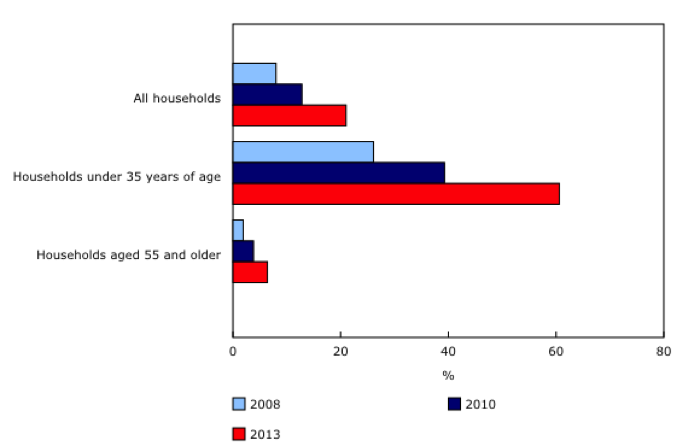 VoIP use from internet providers remains rare, with 3% of households reporting use in 2013. Traditional landline continues to decline, with the share of households using them dropping from 66% in 2010 to 56% in 2013.

Are you using a cellphone as your only telephone service? Do you use a landline (they’re good for emergencies still).

OpenMedia is calling on Innovation, Science, and Industry (ISED) Minister François-Philippe Champagne to take immediate steps to halt the rapid decline of Internet competition in Canada, with the non-profit saying "Internet choice and affordability in Canada approaches breaking point." Even though the federal government announced a new telecommunications policy direction for the CRTC in May, competition...
Usman Qureshi
4 hours ago