More iPhone sales are coming your way, this time it’s from Target Mobile. The 16GB iPhone 5c is currently $1 on a 2-year term from Rogers, Fido, Bell or Virgin Mobile. Normally this phone costs $129 on contract. Of course, if you sign on the dotted line you’ll have to subscribe to a minimum monthly plan.

Check out the screenshot from their latest flyer below: 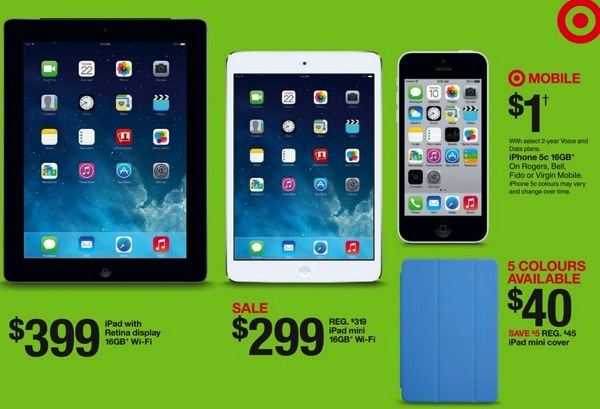 Just yesterday we noted how Fido, Koodo, Virgin, Rogers, and Telus all dropped the price of their iPhone 5s and iPhone 5c models on contract, joining Bell. Could all of these iPhone discounts so soon hint new models might be coming earlier than usual?