The annual J.D. Power 2020 Canada Wireless Network Quality Study has been released, with both Telus and Rogers taking top accolades.

According to J.D. Power, their annual study says it “highlights the impact network quality (or lack of) has on long-standing customers and their loyalty to the wireless provider.” The company says network quality is the top reason for a customer’s decision to switch carriers, while 91% of Canadians noted wireless data speeds are as expected or higher than expected.

“In our current state of self-isolation, telecommuting and an exponential rise in the use of streaming service —from video conferencing to movies—are stretching network infrastructures to unprecedented levels,” said Adrian Chung, director of the technology, media & telecom practice at J.D. Power Canada, in an issued statement to iPhone in Canada.

Here are the results from the J.D. Power 2020 Canada Wireless Network Quality Study based on regions:

The chart below for the East region shows Telus with the fewest problems per connections, followed by Rogers and Videotron tied in second at 8 PP100: 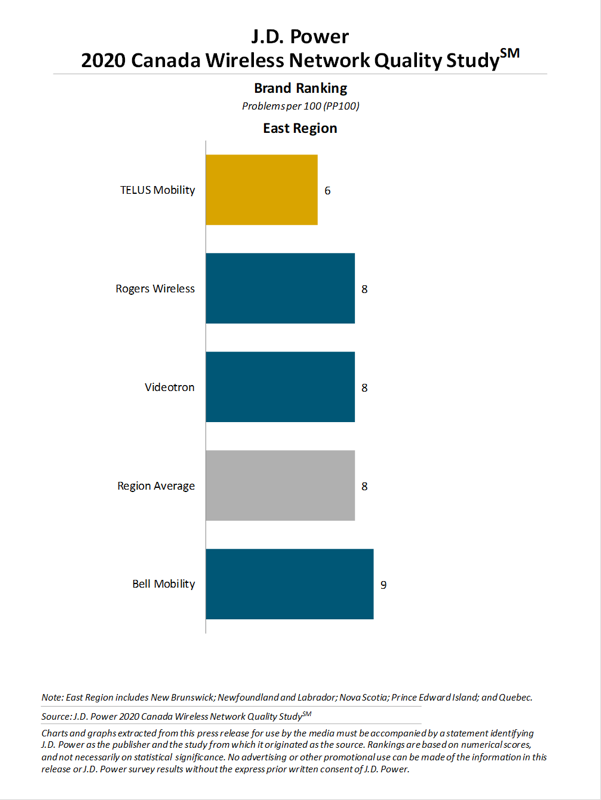 The Ontario chart shows Rogers and Telus tied with 8 PP100, followed by Bell at 10 PP100 and Freedom Mobile at 14 PP100, as the latter two wireless carriers are below the region average of 9 PP100: 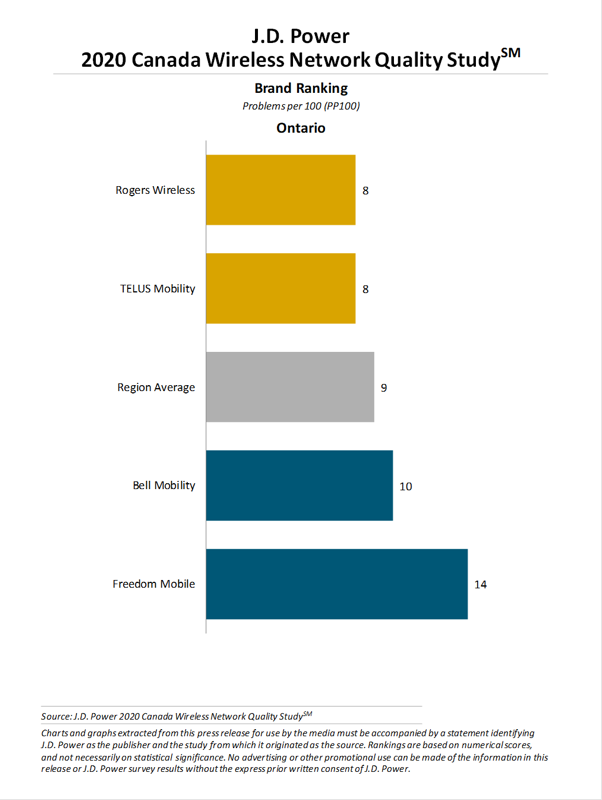 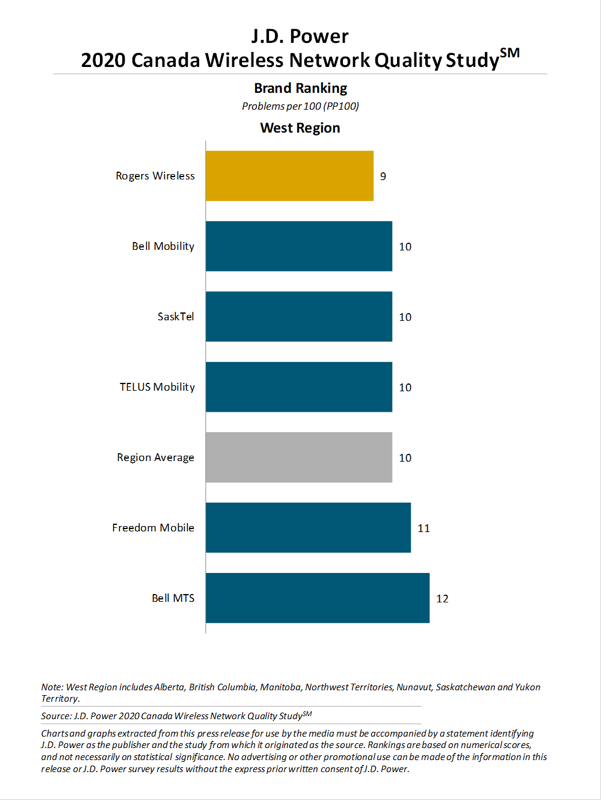 “Many consumers are able to take advantage of home Wi-Fi for now but the demand for reliable wireless connectivity will continue in the future and carriers should be mindful of network performance being a key contributor to strengthening customer loyalty and defining value,” added Chung.

J.D. Power says its study was conducted online in English and French, based on 14,335 responses taken from February-March 2020.