According to Ookla Canada’s Q3 report (July to September 2020) for mobile and fixed broadband published today, the company’s speedtest results provided some top marks for the Big 3 telcos in the country.

Data from the Ookla Speedtest revealed the following from mobile: 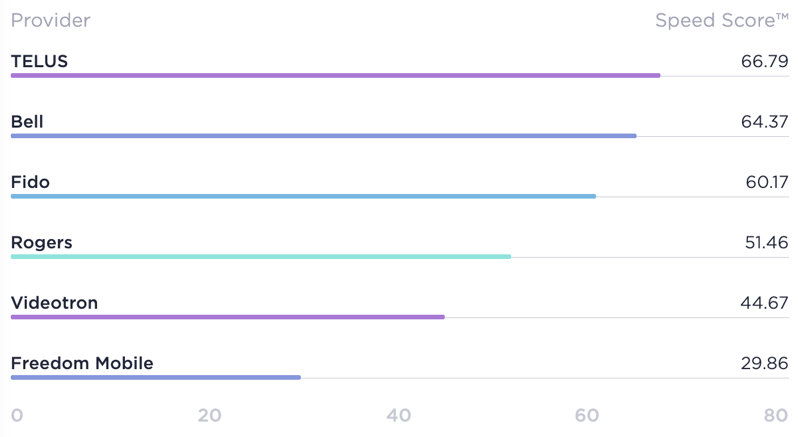 Ookla said Telus “was the fastest mobile operator among top providers in Canada in Q3 2020 with a Speed Score of 66.79 on modern chipsets.”

As for Ookla Speedtest broadband data results, “Speedtest Intelligence reveals Rogers was the fastest fixed broadband provider among top providers in Canada in Q3 2020 with a Speed Score of 151.51,” said Ookla in an emailed statement to iPhone in Canada. 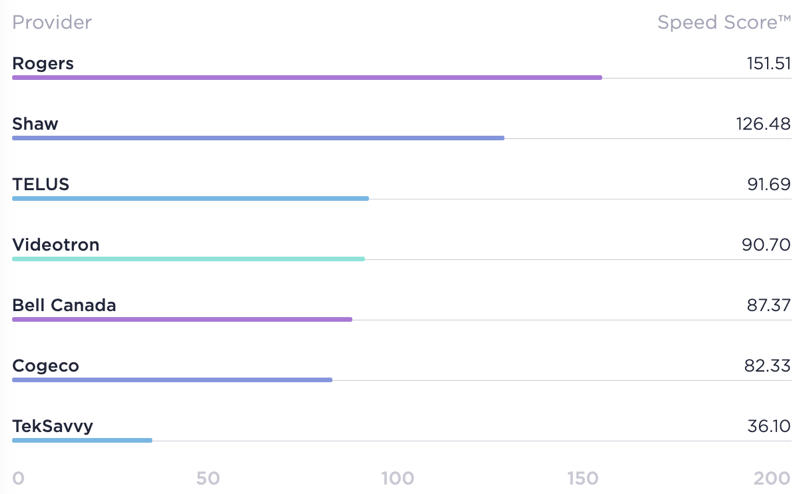 Broadband test results saw Newfoundland and Labrador with the fastest speed based on mean download, from Rogers. As for Rogers, the company was deemed fastest on broadband in New Brunswick and Ontario.

Shaw was deemed the fastest broadband provider in B.C., Alberta, Manitoba and Saskatchewan.

Ookla’s test results come from the millions of users testing internet download speeds via its mobile app and website.

“The results, as verified by Ookla, show that Canadians can trust our award-winning networks to be there whenever they need to connect to what matters most,” reacted Jorge Fernandes, Chief Technology and Information Officer at Rogers Communications, in a statement to iPhone in Canada.