TELUS, Rogers and Bell are holding a ‘sale’ on the entry 16GB iPhone 5s, now $0 on a two-year term. The offer from TELUS is available until December 31, 2014. There’s no word how long others will have this sale until: 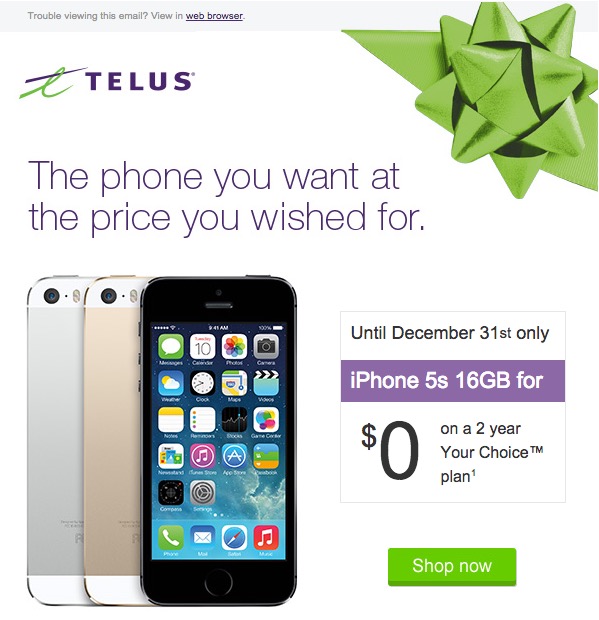 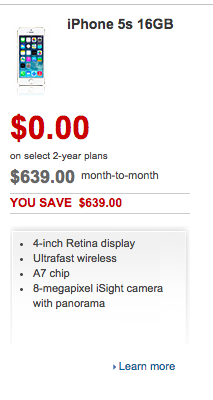 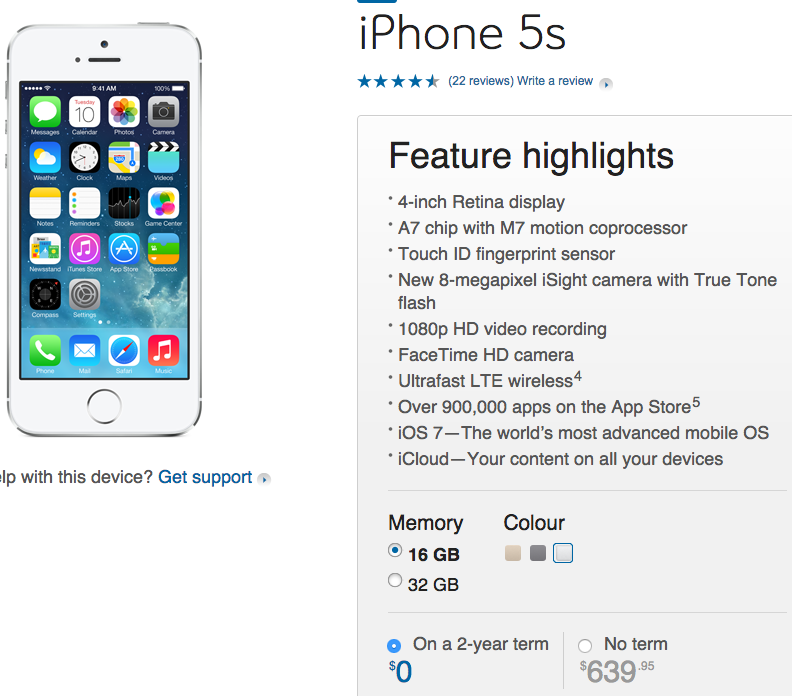 The sale also extends to Fido, Virgin, SaskTel and MTS. There are minimum plan requirements of course, which vary per carrier. These discounts look to target holiday shoppers looking for an iPhone upgrade. But of course, minimum required plans on two-year terms do have lots of minutes, but limited data.

Let us know if you’re going to ‘jump on this’!

Here are the latest Canadian cellphone plan and device deals, plus other promos from wireless carriers such as Rogers, Telus and Bell, from our partner PlanHub. As always, the promos may change at the last minute, but here they are as of Wednesday, September 28, 2022. Check them out below… Bell Noticeable price changes: Get a […]
IIC Deals
6 hours ago

The Canadian Radio-television and Telecommunications Commission (CRTC) wants feedback from Canadians on the proposed price increases on basic TV packages, beyond mandated price caps. The CRTC said on Wednesday the request for comments comes “in response to an application filed by a group of television service providers to increase the price cap for the basic […]
Gary Ng
11 hours ago