The 2017 J.D. Power Canadian Wireless Network Quality Study has been released, and Telus and Videotron have scored the highest out of Canadian wireless carriers.

Data problems continue to account for most of the network issues experienced, says J.D. Power.

“The tasks performed by heavy users can represent a significant strain on carrier networks,” said Adrian Chung, director at J.D. Power, in a statement to iPhone in Canada.

“Plus, the frequent consumption of services by this group means more recent and top-of-mind experiences. Carriers can expect to elevate the customer experience at all user levels if they focus on the needs of their heaviest users, who are most sensitive to problems, while simultaneously enhancing the device experience,” added Chung.

The study showed heavy users saw average monthly bills of $104 (35% of these had a 5GB data plan or higher), versus $93 among medium users and $76 among light users.

In Ontario, Telus was ranked first in overall network quality (9 PP100) and in the West region (9 PP100). Freedom Mobile fared the worst in Ontario with 18 PP100.

Check out the charts below: 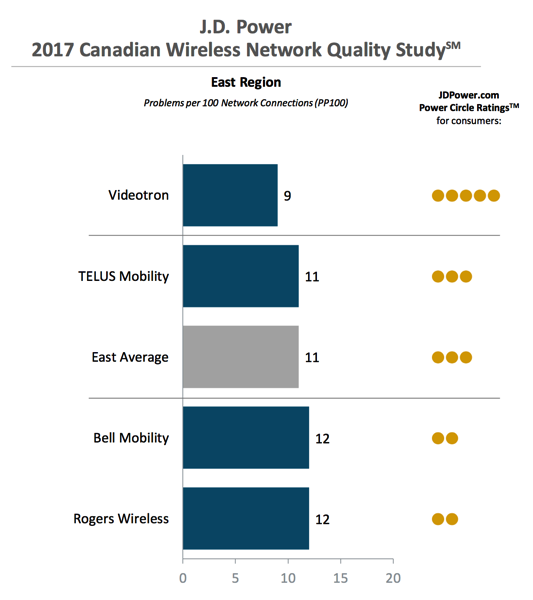 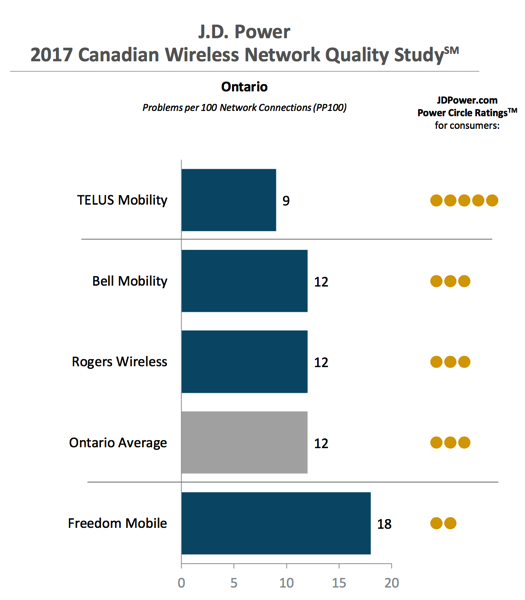 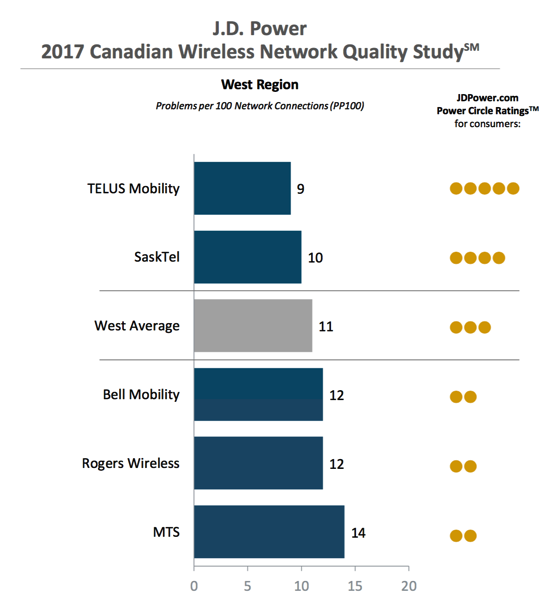 Rogers's President of Integration, Dean Prevost, accidentally revealed during a Competition Tribunal hearing against Canada's Competition Bureau on Thursday that he is set to receive a $2 million bonus if the company's proposed $26 billion acquisition of Shaw Communications goes through — reports the Hanna Herald. This figure had previously been confidential but slipped out...
Nehal Malik
18 hours ago

Shaw Communications CEO Bradley Shaw told the Competition Tribunal on Wednesday that it was "extremely difficult" for the Shaw family to give up the business and agree to Rogers's proposed $26 billion takeover of the company (via Financial Post). Canada's fourth-largest telecom operator has been a family affair since its inception. Bradley Shaw took over as...
Nehal Malik
21 hours ago