TELUS has announced this morning its 4G LTE network has launched in Collingwood and Wasaga Beach, further expanding in Ontario.

“Just in time for summer, we’re pleased to bring our 4G LTE wireless network to customers in Collingwood and Wasaga Beach. Residents and vacationers in this region join more than 24 million other Canadians across the county who are currently enjoying our blazing fast network,” said Darryl Hutton, director of sales, TELUS.

Take a look at the coverage map below: 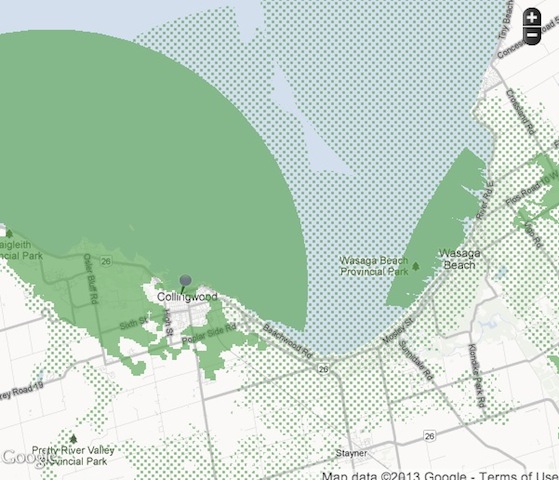 TELUS noted back in January Collingwood would get LTE expansion by the end of the year. The company says its 4G LTE networks now covers over 70 per cent of the Canadian population in roughly 170 markets.

Telus on Monday announced the creation of Telus Consumer Solutions to “elevate” the company’s customer service and also unify its mobility and home offerings, it says. The new division combines its Mobility Solutions and Home Solutions & Customer Excellence into a single consumer team. Zainul Mawji will be the Executive Vice-president and President of Telus […]
Gary Ng
2 days ago

Some Telus customers are complaining that the carrier has quietly removed the Visual Voicemail and International Text services from its 50GB Exclusive Partner Program (EPP) plan, as first reported by Reddit user jesus_cheese. "I noticed that visual voicemail had disappeared from my phone so I rebooted it to see that it’s still gone. Then I...
Nehal Malik
5 days ago

Telus is inviting select Public Mobile customers to participate in a feedback survey, related to international roaming services and features, according to an email seen by iPhone in Canada. The feedback is being organized by the independent and international research firm, Schlesinger Group. According to the firm, they are interested in customer opinions and experiences, […]
Gary Ng
6 days ago