A recent study from Ookla Speedtest comparing fibre-optic broadband internet or fibre-to-the-home (FTTH) services in Canada to other fixed broadband options during Q4 2021 found fibre offerings from Bell and TELUS to be up to 12x faster at the provincial level and up to 11x faster in major Canadian cities.

According to the results, fibre-optic broadband services from Bell and TELUS offer consistently and markedly higher median download speeds in the areas they serve when compared to other fixed broadband options, and they absolutely smoke all other fixed connections when it comes to median upload speeds. 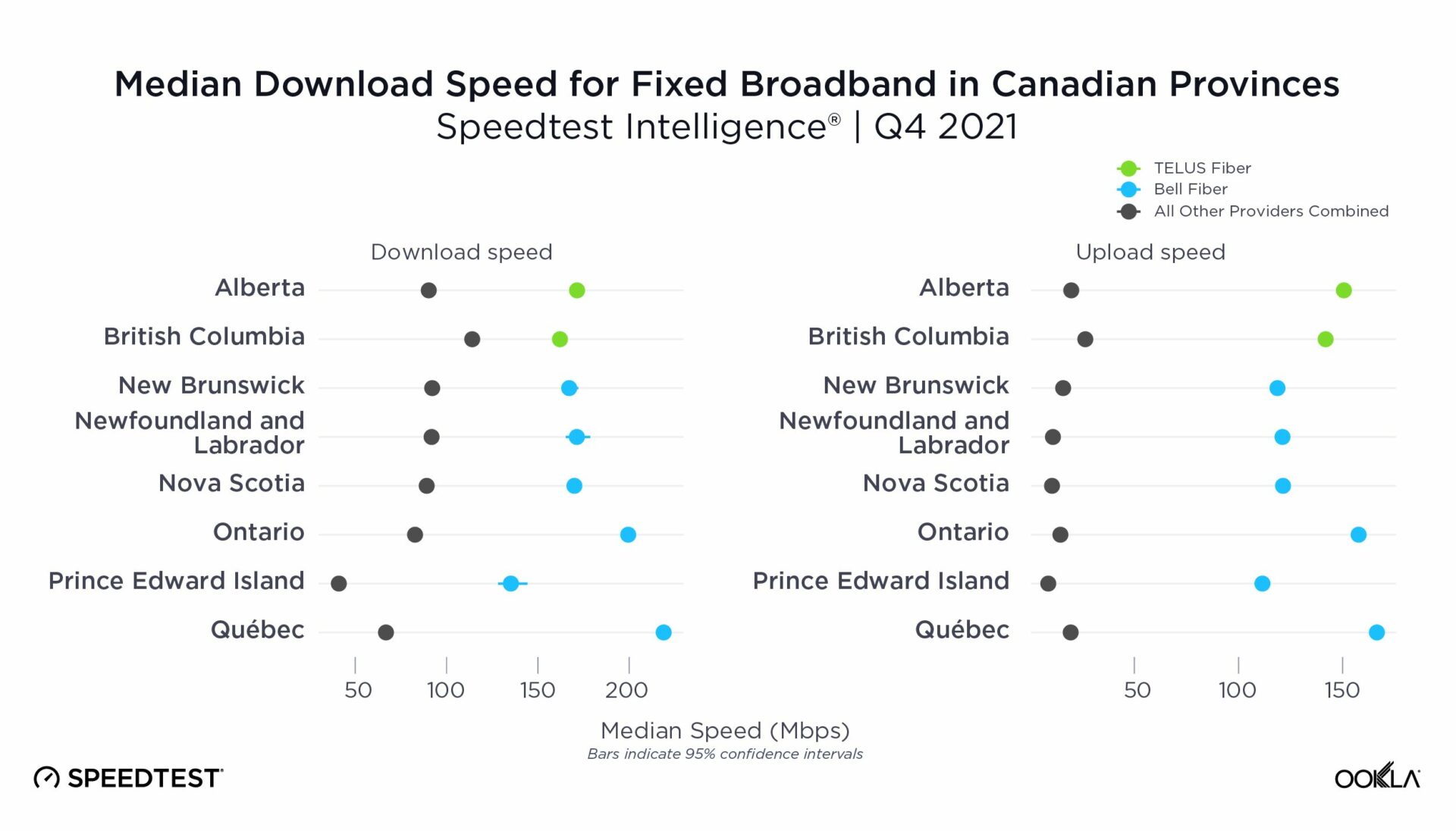 The fibre-optic broadband offering from TELUS, PCMag‘s fastest Canadian ISP for 2021, was faster than other fixed broadband in Alberta (1.9x) and British Columbia (1.4x). PCMag called Bell the best gaming ISP in Canada for 2022 back in December. 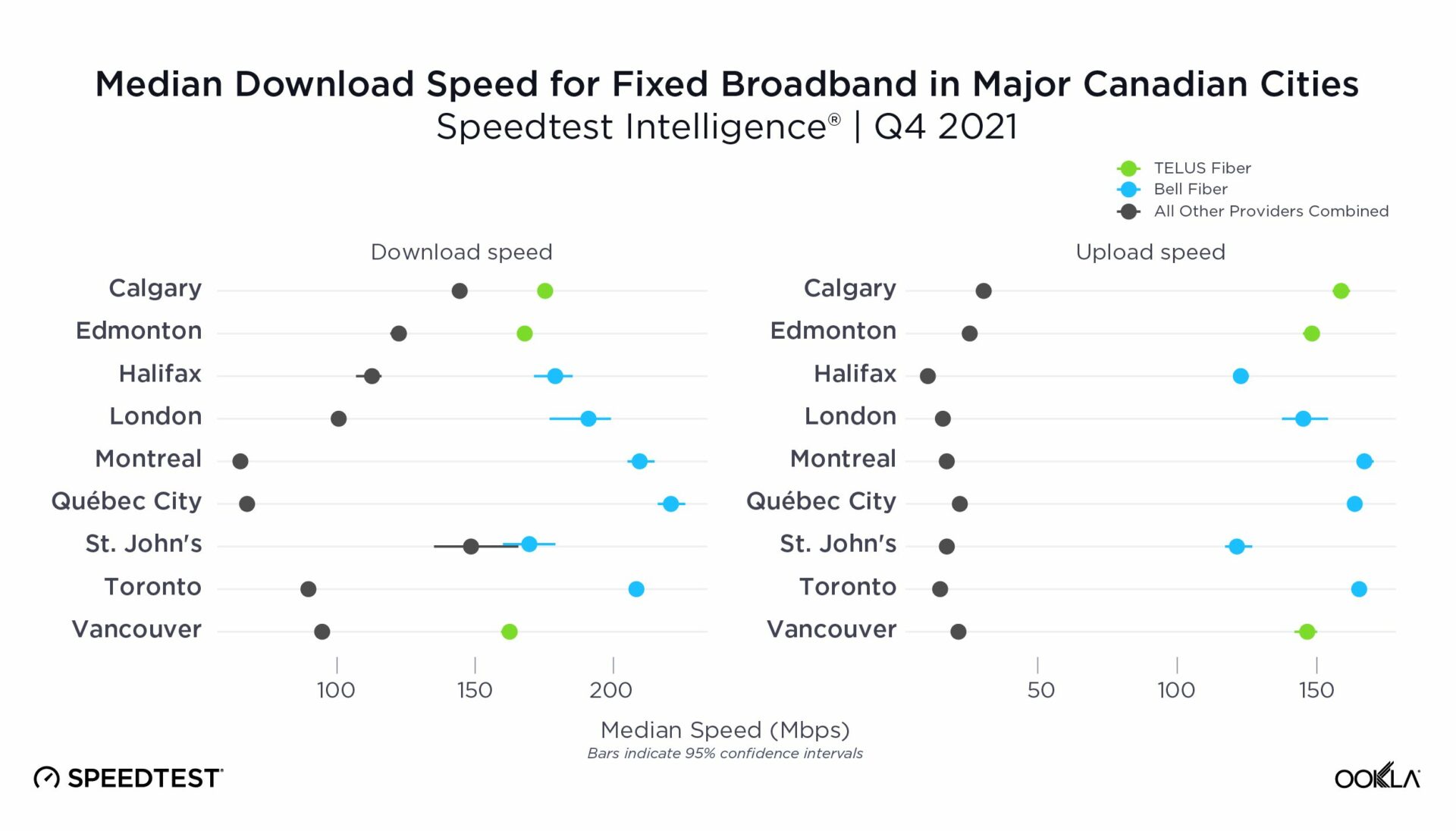 Fibre-optic broadband is remarkably faster than other fixed internet connections, especially for uploads. However, availability across Canada is expanding yet still limited, and laying down the infrastructure for fibre-optic connections can be costly — an investment that service providers recoup from their customers through expensive subscription fees.

In June of last year, TELUS launched what the company says is the fastest consumer internet connection in Canada — PureFibre X.