The minimum plan requirement for Tab Large is $75 per month with 5GB of data, but for those who sign up and then suddenly change their minds (for whatever reason), departing Koodo means just paying out the $480 device balance for the iPhone X 64GB. The offer comes with $595 in activation credits, as seen in the receipt below (via RFD): 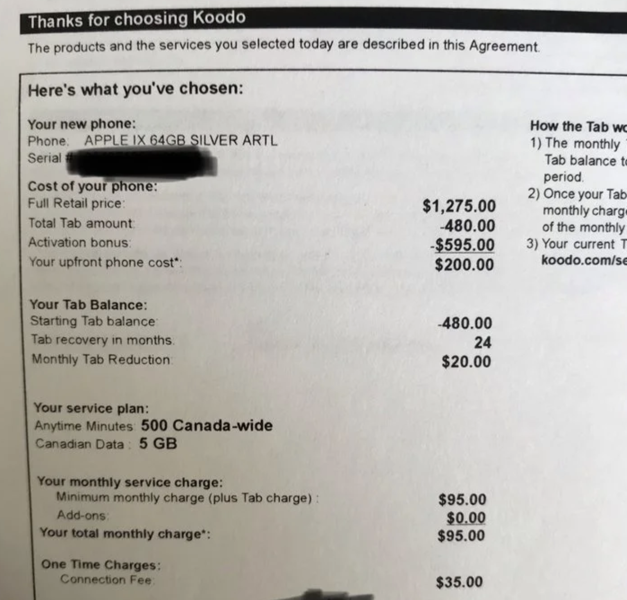 While you’re paying $200 upfront for the iPhone X, there is also $200 in Best Buy Gift Cards, which offset the upfront cost (or you buy prepaid Visas to pay off part of the device balance online).

You’ll just end up paying the $480 device balance plus $35 activation fee, plus a prorated plan for however many days you end up using service before cancelling.

This offer is available across Canada it seems (except in Quebec as stores are closed), with many confirming the deal in BC and Ontario.