The two biggest headaches for Canadian telecom and television consumers continue to be billing mistakes and contract terms that are either misleading or not disclosed.

For the third consecutive year complaints regarding Canadian telecom and television services are on the rise, according to the 2019 mid-year report released today by the Commission for Complaints for Telecom-television Services (CCTS).

According to the report, the CCTS accepted 9,831 complaints between August 2018 and January 2019 — a 44 percent increase over the same period the previous year. The biggest issues for consumers include billing disputes, misleading contract terms or non-disclosure of information, and poor quality of service.

Canadians filed 44% more complaints about their wireless, internet, TV and home phone services. Despite this increase, 92% of complaints were resolved to the satisfaction of the customer. Find out more in our 2018-19 Mid-Year Report.https://t.co/agnY3CiN5O pic.twitter.com/3nsvOBeGUk

“Disclosure issues continue to be problematic,” said Howard Maker, head of the CCTS, in a summary of the report for the six months ended January 31. “Our identification of a ‘mismatch’ between what many customers think they are buying and what they are getting is the focus of the CRTC’s report.”

Maker said the continued increase reflects factors including greater public awareness of the CCTS and the inclusion of television complaints in the commission’s mandate. 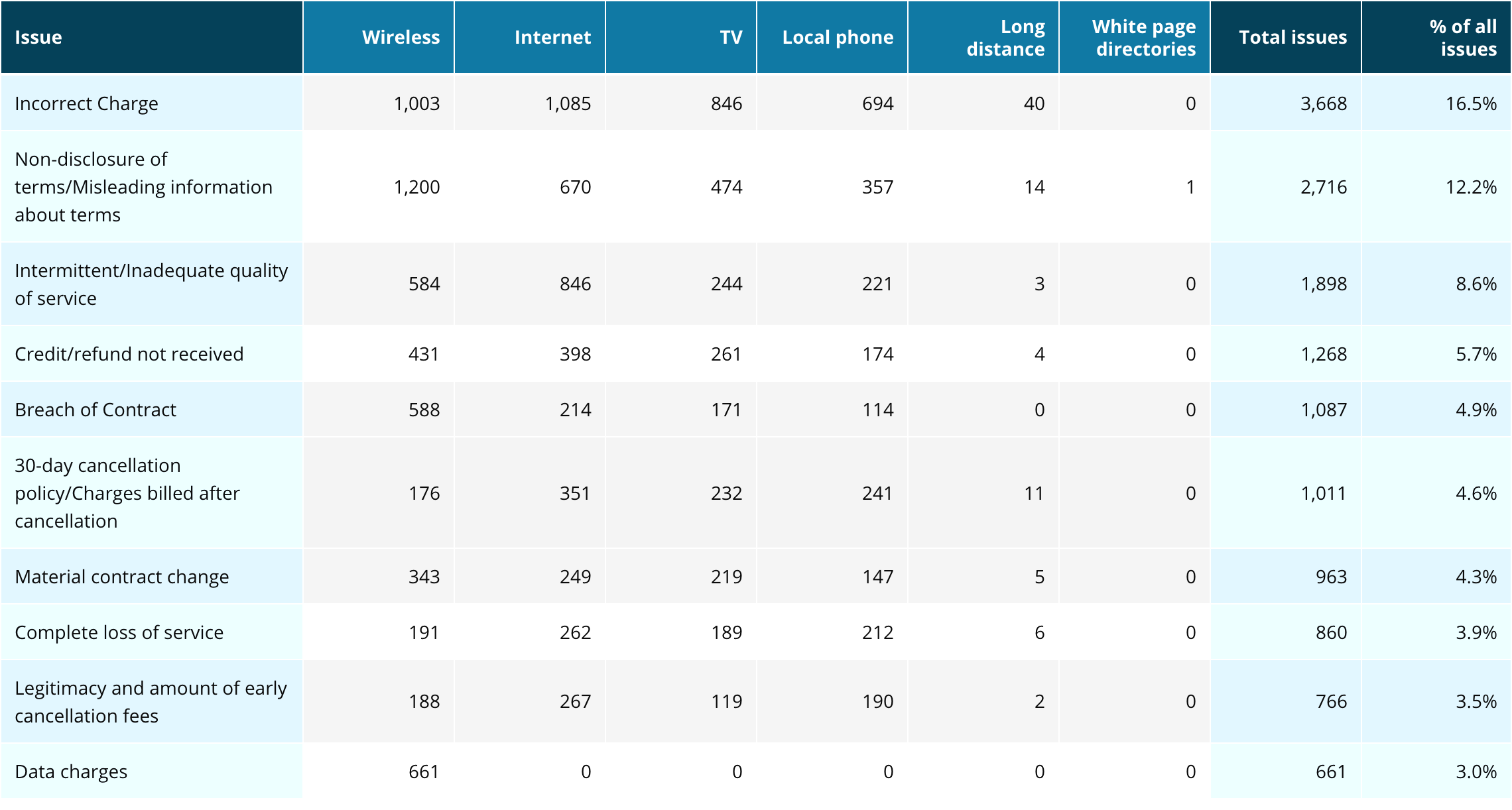 The country’s largest service provider continued to receive a disproportionately high number of consumer complaints – Bell Canada was the subject of 3,034 complaints. Rogers came in second with 915 complaints. Cogeco was third on the list, receiving 790 complaints, after an upgrade to its computer system led to customers losing service and being unable to contact technical support. Telus was fourth, receiving 746 complaints, while Freedom Mobile, owned by Shaw, placed fifth on the list with 637 complaints.

For seven and a half years TELUS has led the industry and stood apart from our peers with the fewest complaints amongst national carriers, which is the direct result of our decade-long commitment to put our customers first in everything we do. We are disappointed to see the number of complaints increasing, including complaints specific to TELUS, and we want our customers to know that we are listening and that we can and will do better. When a customer files a complaint with the CCTS, we embrace it as an opportunity to improve and work to resolve the issue, as evidenced by the increase in resolved complaints by 70.6%.

Geheran added, “We will not be satisfied until we see the number of complaints decline to zero. Over the coming months, our customers will experience even more positive changes that are the result of our continued listening and commitment to enhance their experience with us.”