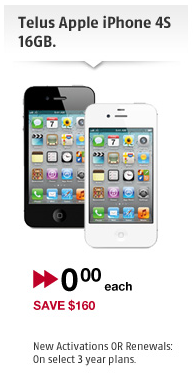 The offer is available for new activations or renewals, and is only available today. Black and white models are available. Let us know if you decide to jump on this!