Last week, we told you Telus shutdown its loophole which allowed Koodo customers residing outside of Manitoba and Saskatchewan to jump on their regional $48 plan with 5GB data. 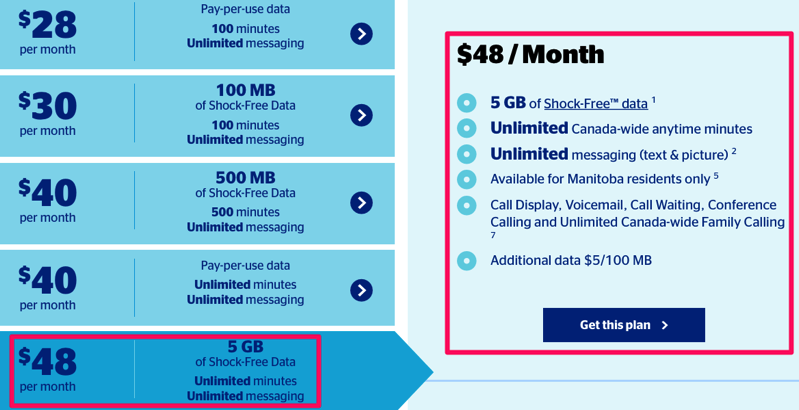 According to users on RFD, Koodo retentions is now offering the $48 plan with 5GB data and unlimited nationwide calling to customers in BC and Alberta, based on those who called in today.

In order to get the retention offer, you need to get transferred to the latter department when calling in, and not deal with front line staff.

No word if Fido or Virgin Mobile retentions is matching this offer, but now it appears we have some magical cellphone ‘deals’ upon us, all thanks to Telus-owned Public Mobile breaking rank and offering a $38/4GB promo (after credit card auto renew).

Let us know if you’re going to try this—and if you’re offered the $48/5GB loyalty plan. From what we’re reading in the RFD forums, many have been successful in getting this today (some in less than 15 mins on the phone!).

Update: Koodo is offering loyalty plans of $35/3GB and $40/4GB to customers in Quebec, according to RFD.

Update Nov. 25: Koodo is now offering this $48/5GB plan to customers in Ontario–call in and ask retentions (via RFD).