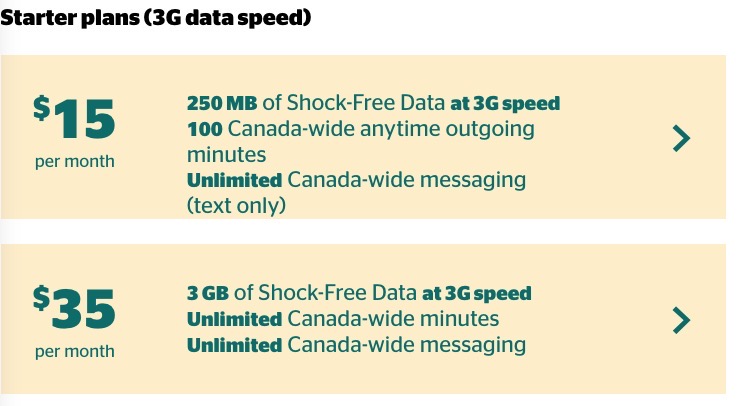 The following two plans were introduced by Koodo on June 10:

These online-only plans are for bring your own device (BYOD) customers and include Call Display, Voicemail, Call Waiting, Conference Calling.

A Koodo spokesperson told iPhone in Canada in a statement, “we added two “Starter plans” to our Koodo brand lineup on June 10 following the CRTC’s request for carriers to introduce low cost and occasional use offerings by mid-July.”

Koodo says these new plans “will be in-market for the foreseeable future.”