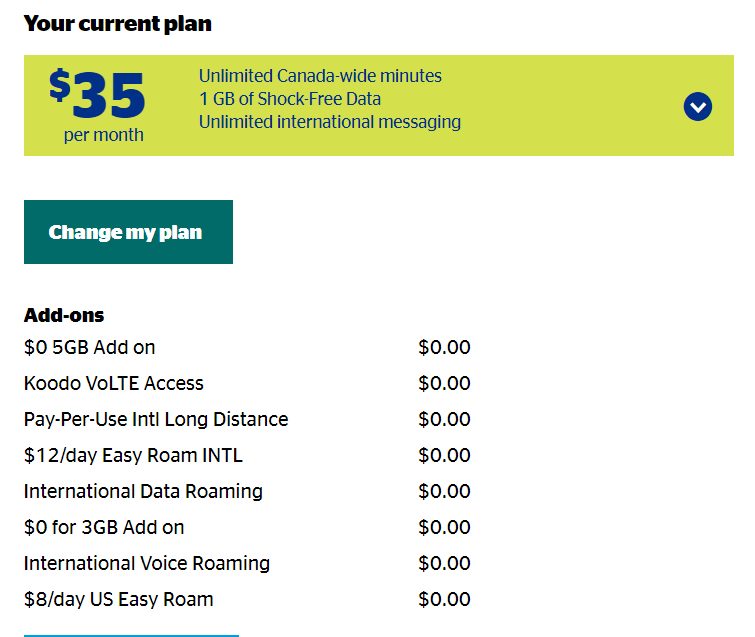 Telus-owned Koodo is giving away a 3GB data add-on to select customers, as noted in text messages sent out yesterday. You can see in the image above a “$0 for 3GB Add on” listed on a customer’s bill.

Customers originally received a text from Koodo saying they received a 2GB free data add-on, only to get a follow-up text to say the freebie is actually 3GB.

Numerous Koodo customers on RFD noted they did receive the text message and get the 3GB data add-on. RFD user ‘eclone’ shared their $35 plan now has 9GB of data. Originally a $35/1GB plan, it turned to $35/6GB after a previous 5GB free add-on. Add this latest 3GB and the user now has a $35/9GB plan.

Others chimed in to say the 3GB data resulted in their $40 and $45 plans also getting the bonus data. Those receiving the text message were located in Ontario, Quebec and B.C.

If you didn’t get this text message, some noted calling Koodo resulted in a 2GB data bonus added. Let us know if you got this free data add-on from Koodo.

Torontonians and experts are once again calling for Rogers, Bell, and Telus to provide underground cellular service on the Toronto Transit Commission (TTC) subway amid an uptick in violent incidents, including stabbings, armed robberies, and assaults, on the line in recent months — reports CityNews Toronto. In 2012, BAI Communications won a 20-year, $25 million...
Nehal Malik
20 hours ago