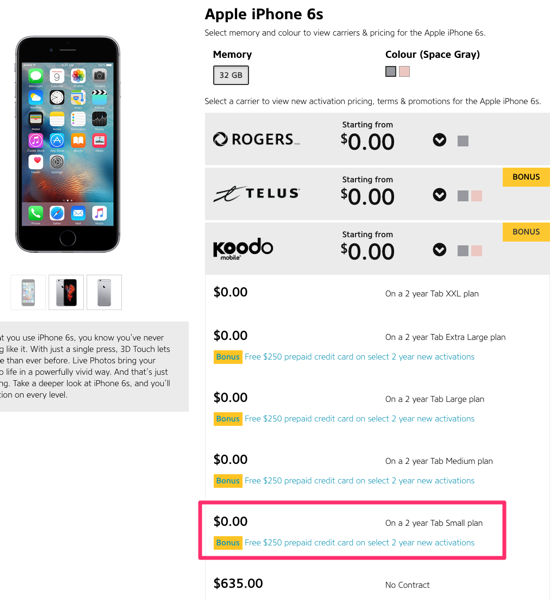 If you’re looking for a starter iPhone for the kids, check out the following offer from Koodo over at WOW Mobile.

You can get an iPhone 6s for $0 upfront on a Small Tab contract plus a $250 Visa/Mastercard prepaid gift card.

If you’re not happy with your Koodo Small Tab plan, the CRTC Wireless Code of Conduct says you can cancel your two-year contract at any time, as long as you repay any hardware subsidies.

Apple’s iPhone 6s was launched back in the fall of 2015 and is powered by the company’s A9 processor.

Yesterday we told you about how Rogers is increasing the price of legacy unlimited Infinite wireless plans, and now it appears Telus is doing the same. According to iPhone in Canada reader Michael, Telus recently emailed him about “upcoming changes to your mobility account,” then detailing how two lines on his account were set to increase […]
Gary Ng
15 hours ago