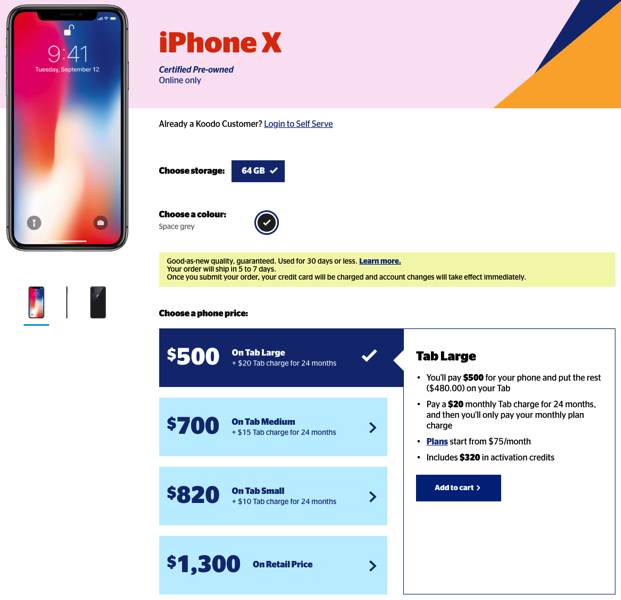 One user on RFD is saying how logging into their Koodo account online is showing an additional $75 off their first bill, on this certified pre-owned iPhone X, taking its price down to $905 plus tax.

Koodo says these certified pre-owned models are “Good-as-new quality, guaranteed. Used for 30 days or less.” Orders will ship in 5 to 7 days and orders are online only.

When Koodo launched iPhone X certified pre-owned models in July, the cost was $600 on Tab Large and there were no activation credits available.

With Apple set to announce new iPhone models next week, pricing on older models will definitely change, so now is not the time to buy a new phone. But for those who don’t care, this is what’s available right now.