Telus flanker brand Koodo looks to be offering a sale already on the latest iPhone XR, which is less than three weeks old. 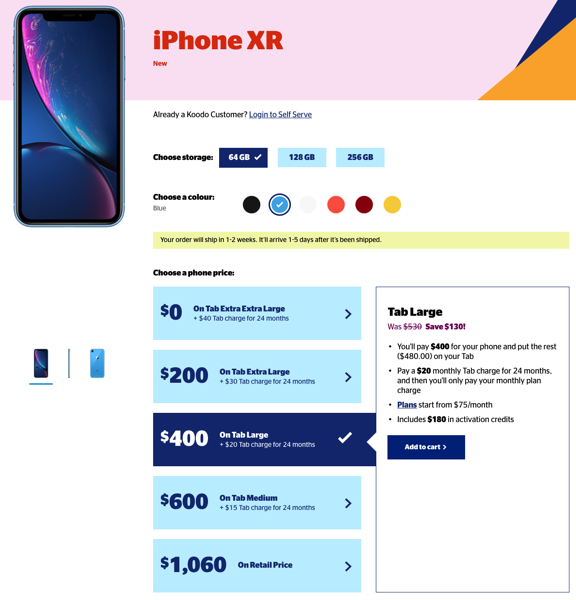 Tab Large requires a minimum $75 per month plan, however. According to Koodo, online orders for the iPhone XR are noted as shipping in 1-2 weeks.

Koodo’s rivals, Virgin Mobile and Fido, currently have the iPhone XR priced at $530 on a two-year equivalent Tab Large plan.

The discounts are showing for all configurations of the iPhone XR, which in our tests, is a very capable phone compared to an iPhone XS.