Koodo never officially supported the iPhone 4, but we first posted about users getting carrier updates for Personal Hotspot. Today, that has all changed as Koodo Mobile now offers the iPhone 4, which will be available at all Koodo Shops on July 15, 2011.

Here are a couple plans users can get with the iPhone 4: 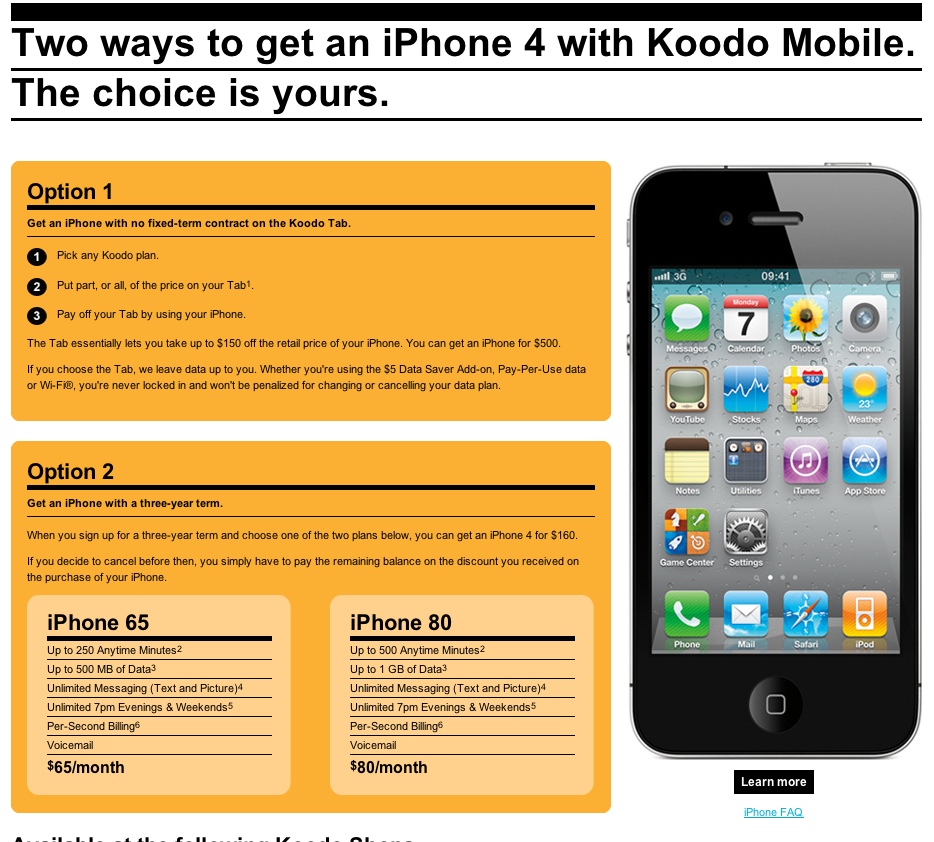 Are you going to pick up an iPhone 4 from Koodo?