In comparison, a brand new iPhone 6s costs $599 CAD from Apple.ca. All cellphones sold in Canada are now unlocked by law. 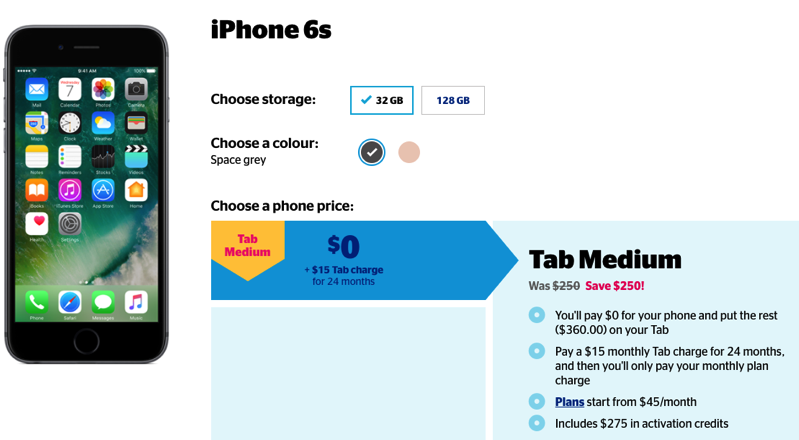 This price right now for an iPhone 6s is the same for an iPhone 6 on Koodo’s website. So if you’ve been waiting to upgrade your iPhone, this is a decent deal. Some users on RFD are stating they also saw a $50 bill credit, but YMMV (your mileage may vary).

If you are a Public Mobile user, and you’re ready to jump on their switcher offers to Koodo Mobile, this iPhone 6s offer may be a good one, since those offers include a $100 bill credit. If you sign up with a $25 referral, that brings $125 in credits towards your $360 iPhone 6s, taking the price down to $235.

Also, if you’re signing up for this phone, some users have noted doing it in-store at places such as Walmart may also include a gift card.