If you’re a Koodo customer and haven’t been able to login to the Koodo Self Serve iPhone app, the company this morning has released an update to address the issue, which was affecting users with multi-part domain email addresses.

Users were greeted with a frustrating error message saying “We’re unable to process your request. Please verify the information and try again.” 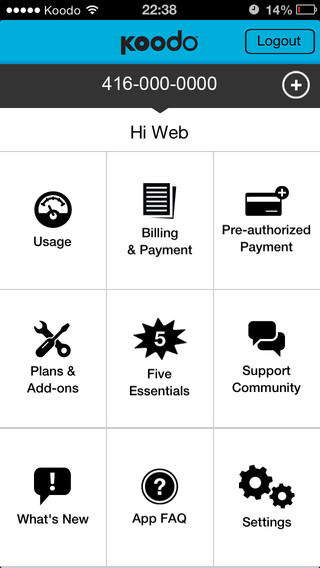 The Koodo Self Serve iOS app was made available for download back in October of 2012.

Click here to download the Koodo Self Serve iOS app—it’s free. Let us know if this update fixes your login issues.