My Telus has updated their iPhone app with a feature to make logging in easier, by now allowing users to save their logins with Apple’s Keychain. 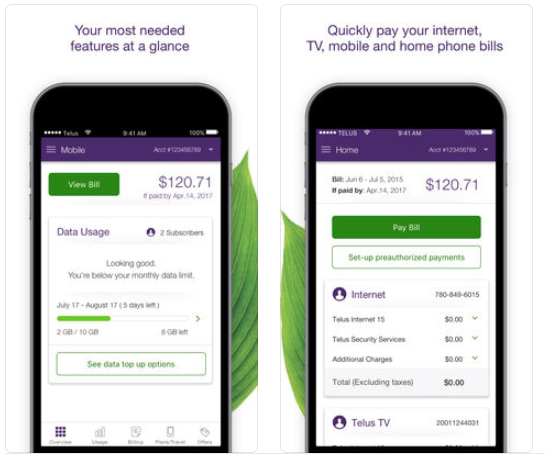 This means when you login, all you need to do is authenticate with Touch ID or Face ID—and your credentials will be auto-filled, making it seamless to access your account.

There’s nothing worse than having to launch your password manager app to copy your password, then returning to the My Telus app to login. The company should also consider integrating 1Password for logging in as well, as that would make it equally as convenient, for users of the latter.

Torontonians and experts are once again calling for Rogers, Bell, and Telus to provide underground cellular service on the Toronto Transit Commission (TTC) subway amid an uptick in violent incidents, including stabbings, armed robberies, and assaults, on the line in recent months — reports CityNews Toronto. In 2012, BAI Communications won a 20-year, $25 million...
Nehal Malik
1 hour ago

One of Canada’s largest telecoms has confirmed it has acquired independent internet service providers (ISPs) Altima Telecom and London, Ontario-based Start.ca. Both companies are resellers of internet and cable services. Peter Novak, Vice-President of Insight & Engagement at TekSavvy, said on Friday morning, “Got it confirmed: http://Start.ca, another indie ISP, has been quietly acquired by […]
Gary Ng
22 hours ago