The Public Mobile website also got refreshed with the rebrand, but at the same time, two previous options for new customers were also removed.

The company’s customized plan builder, which was available since day one, is no longer available for new customers, along with 4G LTE plans. The Public Mobile website only offers 3G plans for new customers now, making the prepaid brand’s data speeds similar to rivals Lucky Mobile (Bell) and chatr (Rogers).

Below are the eight plans currently offered by Public Mobile: 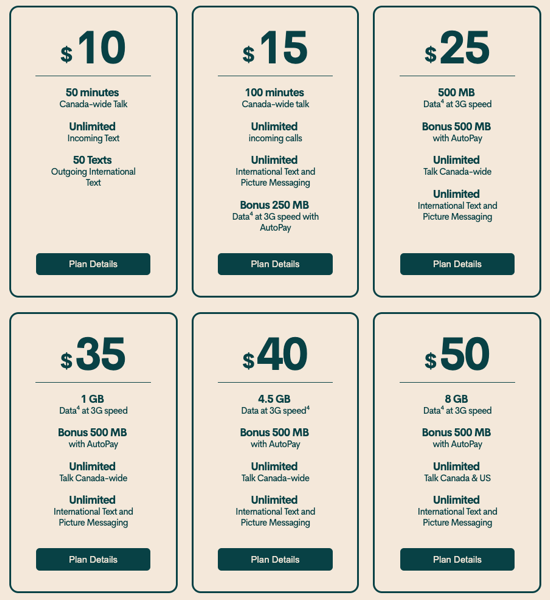 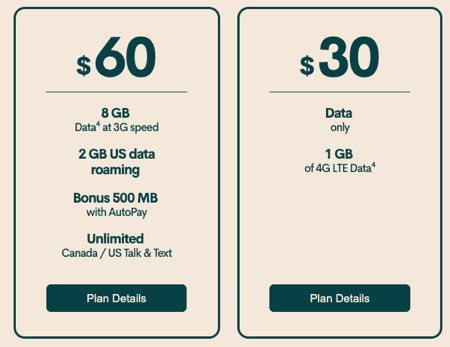 Public Mobile said the following in a statement when asked about the removed plan builder: “We have seen that most customers prefer the simplicity and value of ready-made plans. In an effort to simplify the purchase experience, we removed the customized rateplan builder option.”

“For those customers who currently have a customized rateplan, they can remain on it until they decide to switch to a ready-made plan,” added the spokesperson.

When asked if new customers would get LTE plans or just 3G, the Public Mobile spokesperson told iPhone in Canada, “At this time, we are focusing on 3G speed plans. Our focus continues to be on offering customers the lowest possible prices on Canada’s largest network.”

What do you think about the removal of Public Mobile’s plan builder and 4G LTE plans?