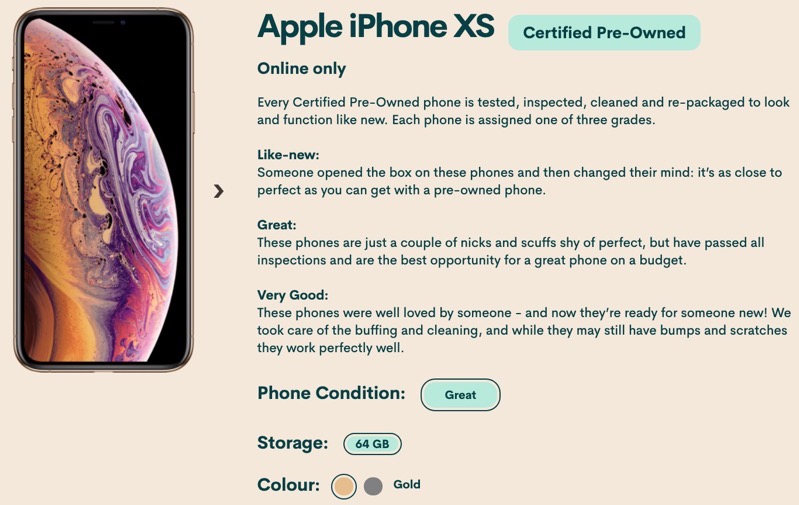 After a round of community voting, Public Mobile has announced Apple’s iPhone XS has joined the company’s certified pre-owned smartphone lineup.

Starting today, August 20, until August 26 (or until supplies last), Apple’s iPhone XS 64GB is available for $521 from Telus-owned Public Mobile, in gold or space grey.

“Certified Pre-Owned phones are refurbished phones that are tested, inspected, cleaned and re-packaged to look and function like new,” says Public Mobile. There are three conditions of CPO phones, in either “like-new”, “great” or “very good”.

Currently, the iPhone XS available is in “great” condition, meaning “These phones are just a couple of nicks and scuffs shy of perfect, but have passed all inspections and are the best opportunity for a great phone on a budget.”

The iPhone XS beat out the Samsung Galaxy S10 and Huawei P40 in community voting that ended on Wednesday, to be the next CPO smartphone added to the company’s lineup.

You can find the iPhone XS sold on Craigslist and other used marketplaces for cheaper, but if you can’t be bothered to deal with potential scams and meeting in dark, wet alleys at night, buying CPO from Public Mobile might be one option.