iOS 11 has revamped how the Voicemail tab works in the Phone app, for users who don’t subscribe to Visual Voicemail or have the option from their wireless carriers, such as users on Public Mobile.

Previously, tapping the Voicemail tab along the bottom right would automatically dial to check Voicemail. In iOS 11, one extra step is needed, as users need to tap ‘Call Voicemail’ to dial into their inbox: 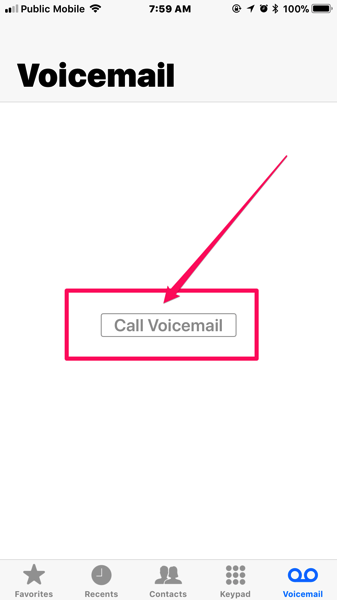 Checking voicemail the old way is one of the worst things in life (#firstworldproblems), but at least Public Mobile lets you set it up so you don’t need to punch in your PIN every single time. Once you call in, you can start listening to your messages right away by pressing “1” on your number pad.

Update: As we stated in the first sentence, this extra step is “for users who don’t subscribe to Visual Voicemail or have the option from their wireless carriers, such as users on Public Mobile,” which also applies to other providers such as Koodo, Fido, etc.